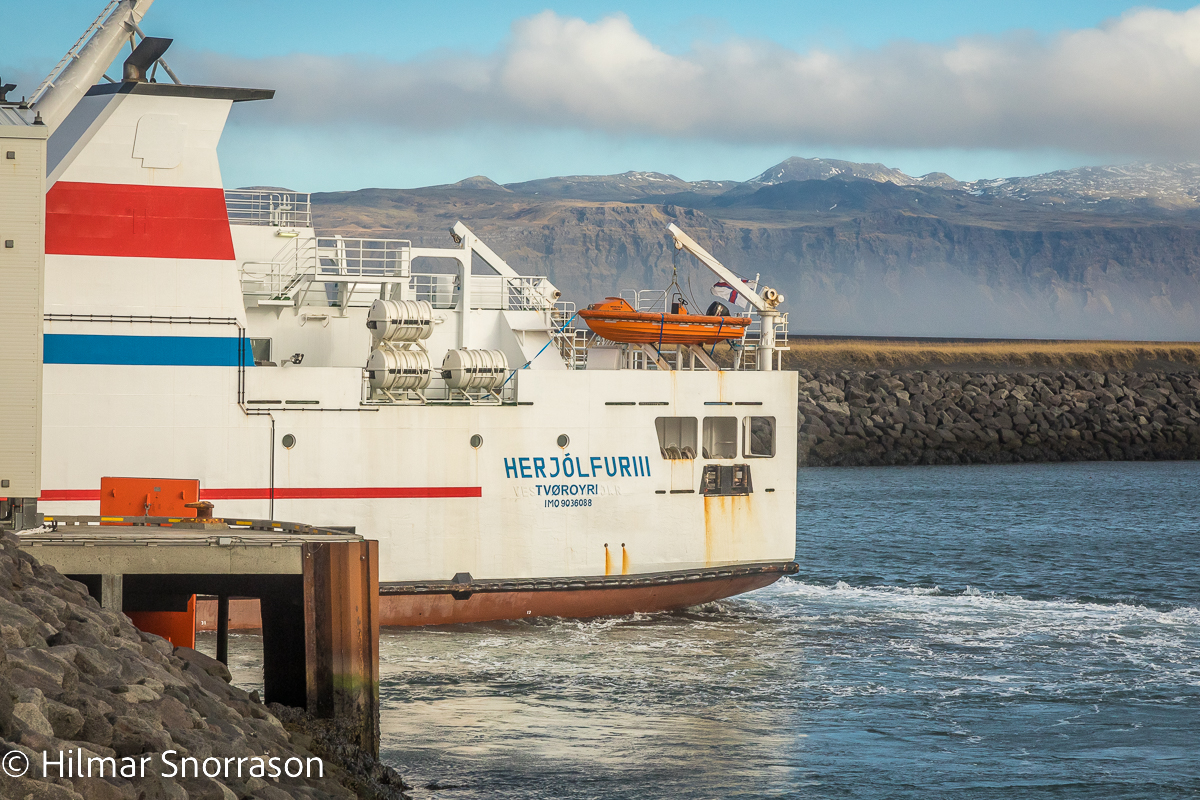 20221029 – Today I paid visit to the ferry HERJOLFUR III which is owned by the Icelandic Road and Coastal Administration (Government of Iceland) which is now trading in Icelandic waters between Westmann Isl. and the mainland.

The ferry was build for this route but she was replaced in 2019 with newbuild but was used as reserve vessel but later laid up in Westmann Isl. She was bareboat chartered to Strandfaraskip Landsins in Faroe Isl. and transfered to Faroes flag with Tvöroyri as her new PoR.

When Herjólfur (IV) had to be drydocked in October 2022 Herjolfur III was chartered back to IRCA and manned mostly by Icelanders during her sailings in Icelandic waters.

Prior to her charter she was taken into modification of the survival system at the Skála skipasmiðja in Faroe Isl. where both of her 96 pers. lifeboats where removed together with launching arrangement for davit launched liferafts. All this was replaced with MES system.

Here are photos that I took onboard Herjólfur III during my visit but she has been mostly in command of two retired captains from Eimskip that served on her during the time the vessel was run and operated by them from 2006 to 2019.