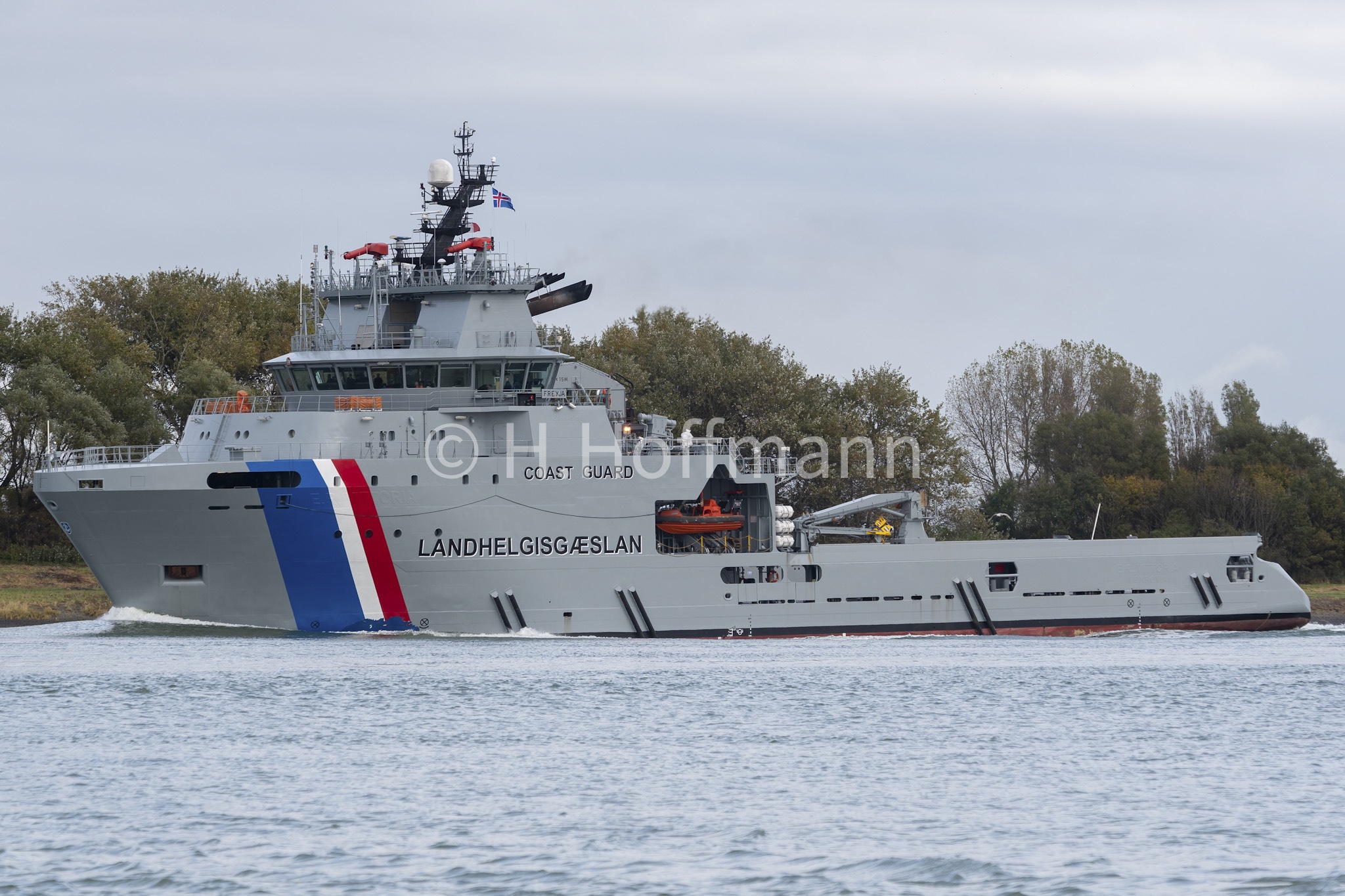 In early 2021 the Ministry of Justice and ICC anonunced that decission had been made to purchase second hand vessel for replacing the coast guard vessel Týr. It was also anounced that she would been named Freyja. After beeing offered five AHTS vessels a decission was taken to purchase the Antiqua and Barbuda flagged GH Endurance.

She was build at Sekwang Heavy Industries Co. Ulsan China in 2010 as one of six sisters. The third one was named E.R. VITTORIA owned by E.R Vittoria mbh & Co KG Germany but registered in Liberia. In April 2018 she was sold to GH Endurance LLC, Antigua and Barbuda and renamed GH ENDURANCE.

Contract was made between her owner and ICC and she was delivered in Rotterdam October 28th 2021. She had been in drydock at Damen Yard where she had her colors changed from blue and white to gray coast guard colors. All photos are taken by Hans Hoffman but are published with his permission.