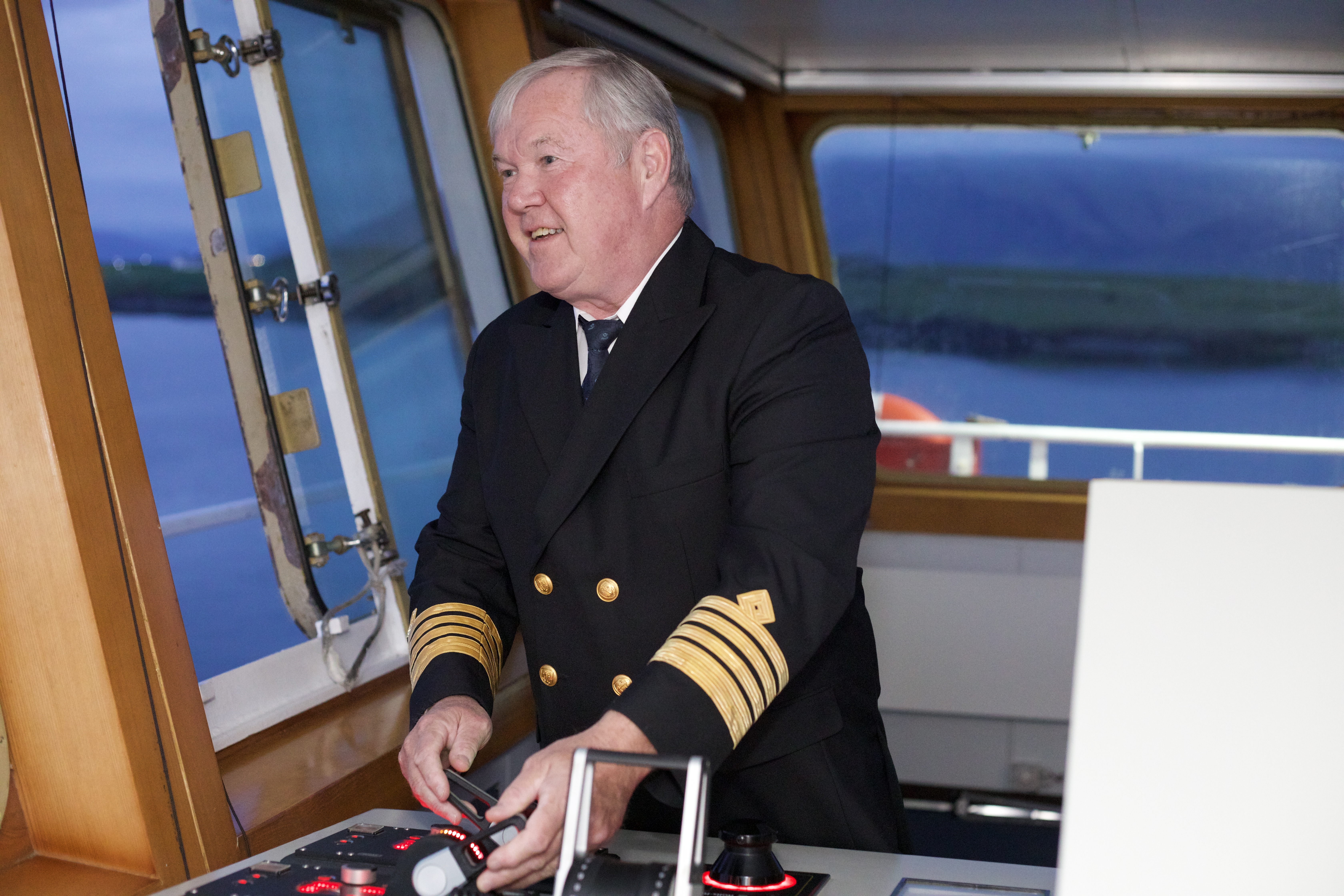 20210802 – Today Lagarfoss arrived from her voyage from the US East Coast and coastal voyage in Iceland. This was in the way unusual arrival as her Master was on his final voyage.

Capt. Magnus Hardarson started his carrier with Eimskip in 1971 and has therefor served in the company for half a century from deckboy to Master. His carrier in the company has been very sucsessful but now his last voyage with the company is coming to an end.

Before bearthing in Eimskip terminal in Reykjavík the Lagarfoss went for bunkering at the oil terminal at the entrance to port of Reykjavík. I boarded Lagarfoss and joined my friend Capt. Magnus on his last leg to the Eimskip Container Terminal.

Capt. Magnus was interviewd by the largest newspaper in Iceland. The headline said “In port after half a century“ The deckboy that became Captain.