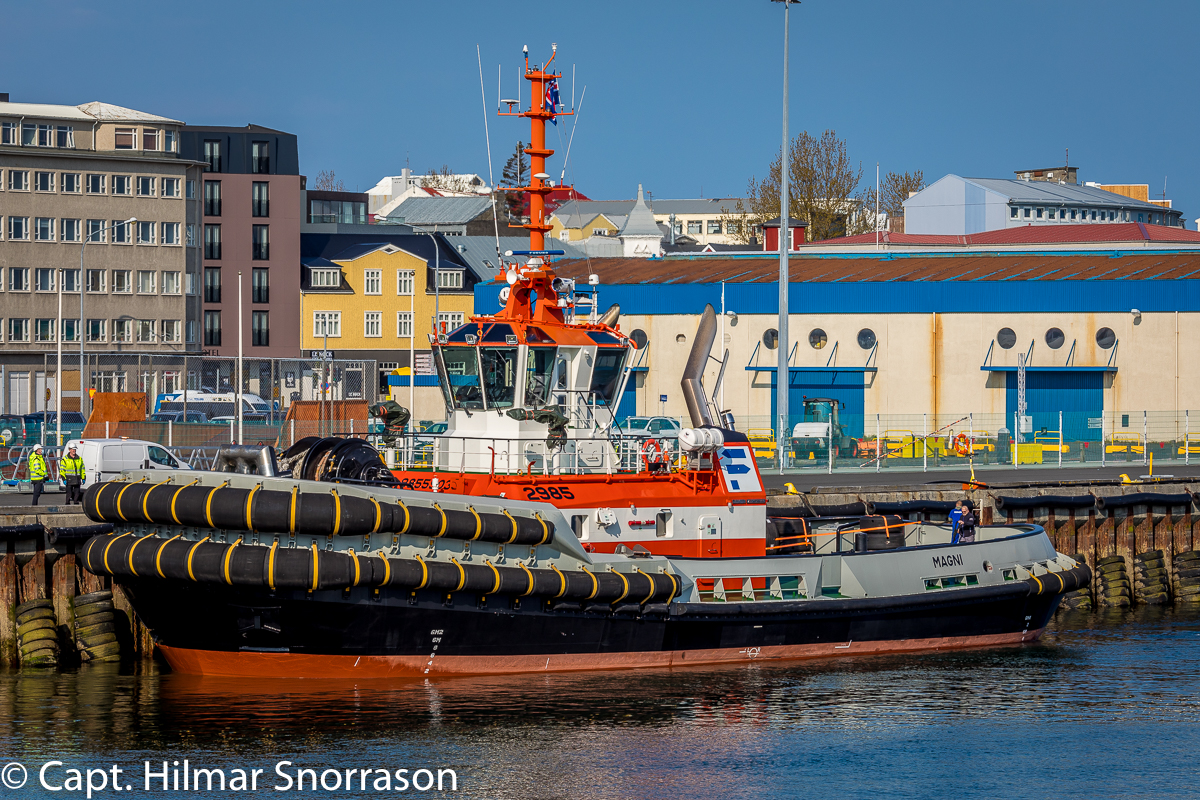 20210521 – Today the largest and newest tugboat MAGNI finally returned back to Reykjavik after major repairs in The Netherlands.

MAGNI was build by Damen in Vietnam but arrived to Reykjavik on 27th February 2020 after almost five months on her way from the builders yard.

Soon after her arrival a major issues where found on one of her main engine and as well with her winches. Damen Yard decided to take her to the Netherlands for repairs.

MAGNI left for Rotterdam early September 2020 but so the Associated Icelandic Ports where not without tug of this size Damen placed the tug PHOENIX in Reykjavik during the repair period.

Upon MAGNI’s arrival the PHOENIX left Reykjavik for her home port of Rotterdam after nine months of service for the port authority of Associated Icelandic Ports.