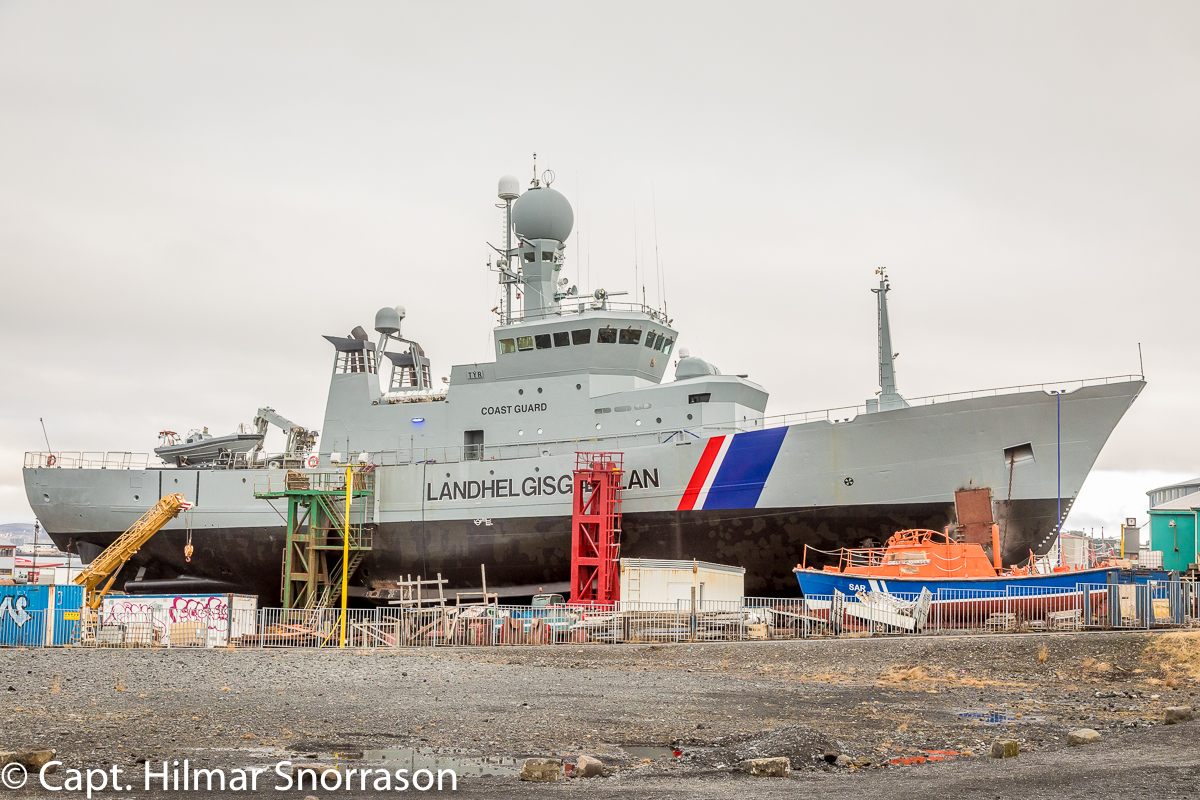 20210320 – The 1975 build Coast Guard vessel TÝR was taken into slipway in Reykjavík in early March where serious propeller failure was found.

The 45 years vessel had also some steel work to be done but her starboard pitch propeller problem showed to be serious and that her days would soon be over.

The Ministry of Justice that the Icelandic Coast Guard is under took decission to start process of getting new vessel to replace Týr with second hand vessel. Týr’s sister, ÆGIR, has been laid up in Reykjavík since 2015 and has been set up for sale.

The Minister of Justice Ms. Áslaug Arna Sigurbjörnsdóttir announced on press meeting March 5th that the Government of Iceland had agreed to purchased second hand vessel for replacement for the old veteran and the new vessel would be named FREYJA.

This announcement was welcomed althoug many thought that female name should not be used on vessel of the ICG as male gods name have always been used up to date. On the other hand all wings and helicopters of the ICG have had female goddes names .