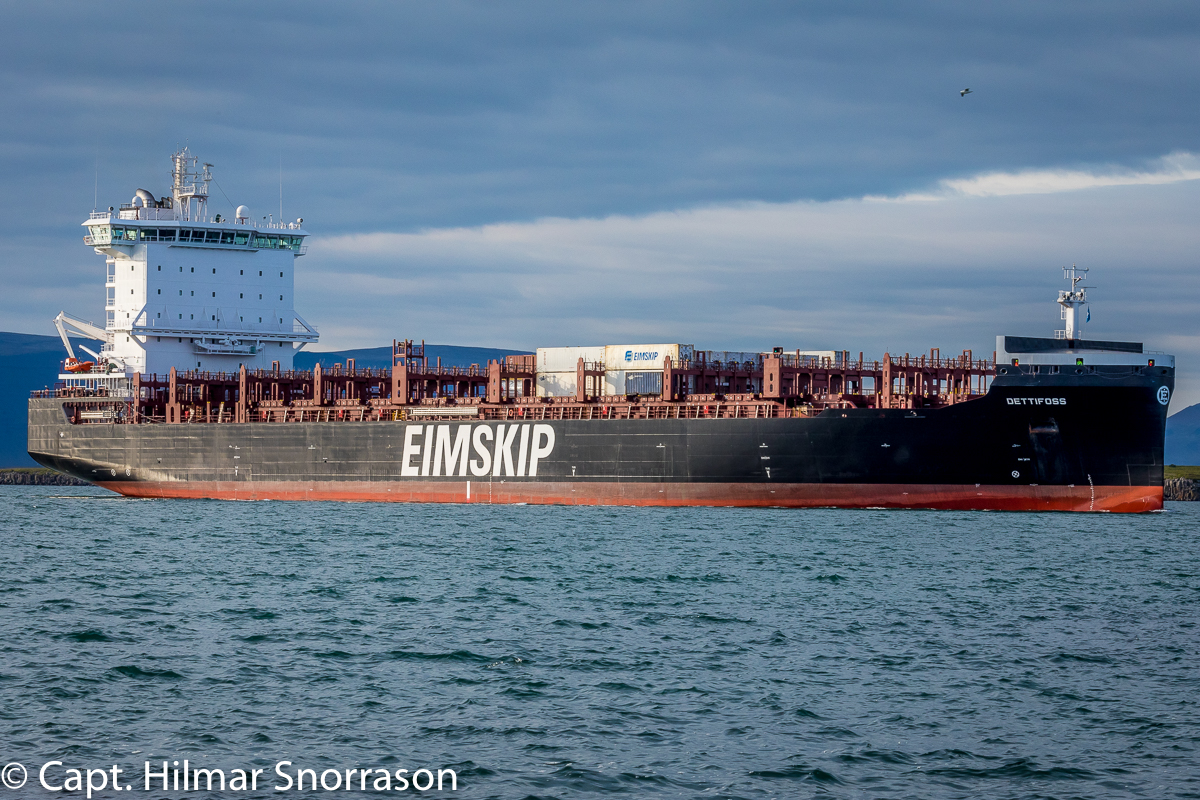 The 2150 TEU’s new container vessel to Eimskip, DETTIFOSS, arrived to Reykjavik for her first time on July 13th after 68 day’s voyage from her yard in China. Unfortunately I was not present when she arrived but she continued her voyage to Greenland the following day.

DETTIFOSS arrived back from her first trip to Greenland on July 21st. where she had call in the captital Nuk. and these photos where then taken.

Greenland will be her addition to the route she is overtaking from her predesessor Dettifoss that had been renamed LAXFOSS and arrived to scrapyard in India in last month.

She is second of three sisters that two are build for Eimskip and one to Royal Arctic Line and the three ships will is the beginning of the new consortium between the two shipping lines.