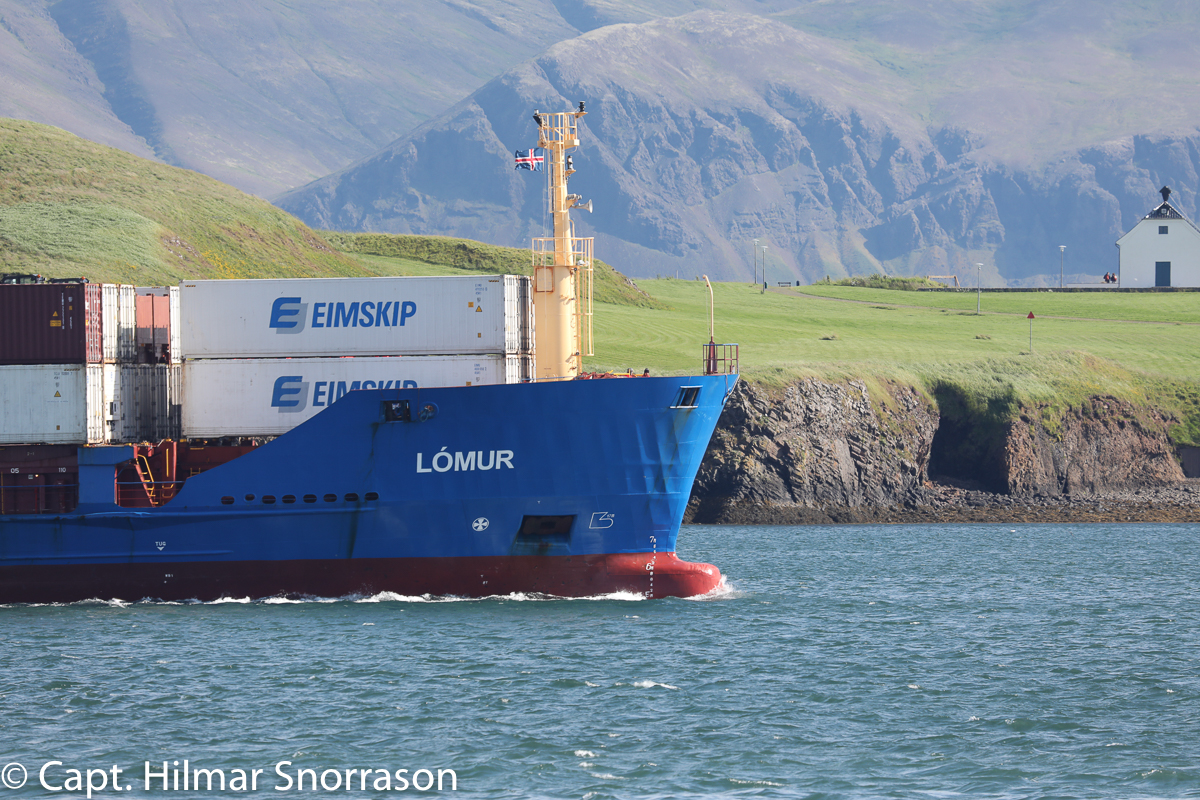 In 2016 Eimskip took on T/C the 2002 build feeder vessel RUBY. She was renamed LOMUR according to the name tradition of Faroes Skipafélag Föroyar – Faroe Ship which merged with Eimskip in 2004.

She was on Iceland, Faroe Isl. and Continent together with her sister BLIKUR but Blikur was returned to her owners in December 2018

In April 2019 LOMUR was chartered by Eimskip to Canadian shipping company but she returned to Eimskip fleet in June 2019.

LOMUR was returned to her owners in August 2019.