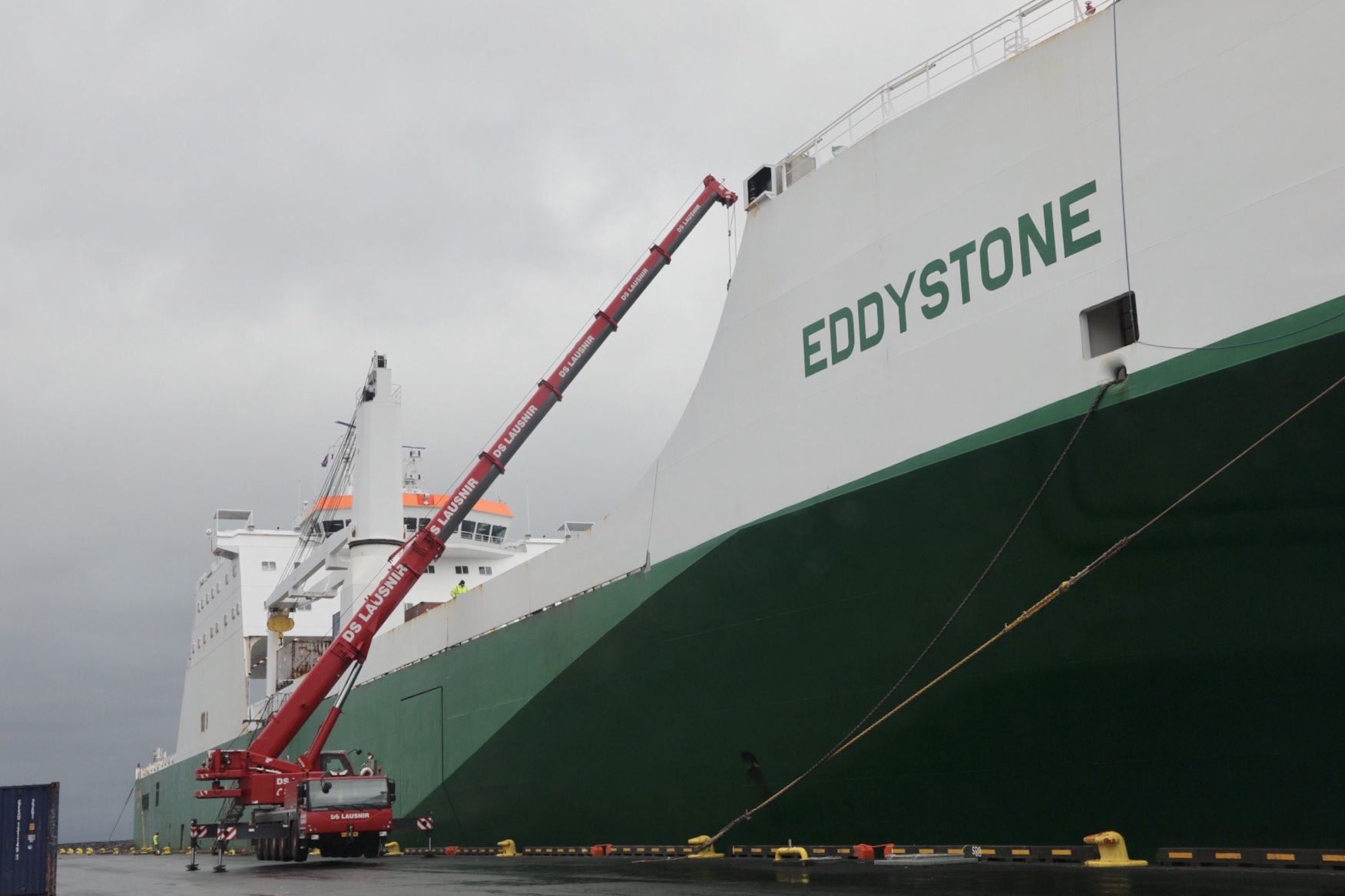 On Tuesday September 24th 2019 the British registered RO/RO vessel EDDYSTONE made call in Port of Reykjavik.

She had only this single call but RO/RO ships have not been sailing to Reykjavik due to no facilities for such type of vessels but one such has call forth nightly in Þorlákshöfn on the Iceland South West coast.

Eddystone was loaded with containers that were lifted off her by mobile crane. I have no information of her cargo but it has been pointed out the she has been one of four sisterships used as naval auxiliaries to the Britisharmed forces.

She is one of six RO/RO sealift ships of Point Class originally procured under a Private Finance Initiative. Two of the ships where later released from the contract but the latter four are available for service to the military if needed.