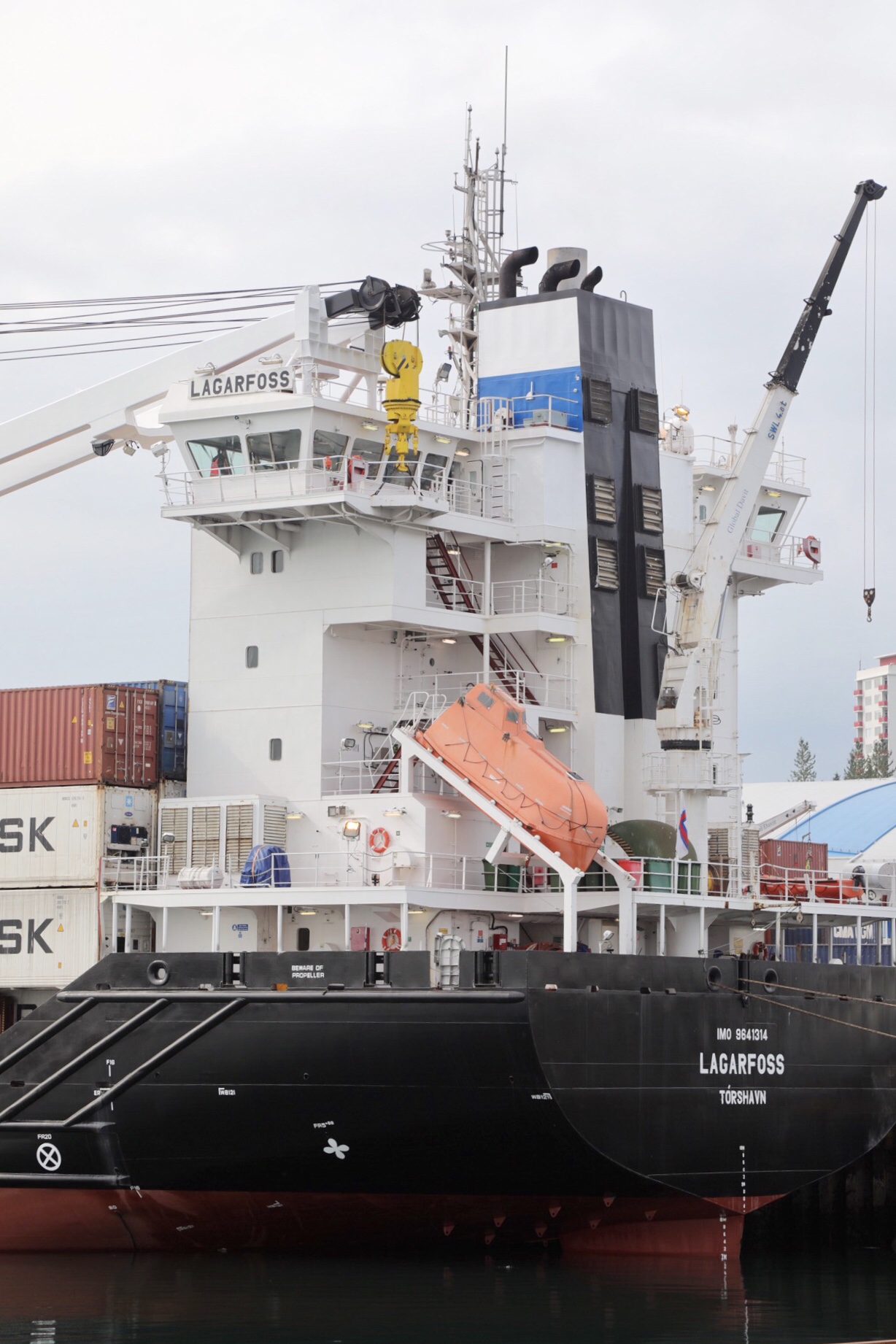 Unlike many other vessels that has undergone modification she has not got those gigantic funnel but her funnel was raised. Her look has changed a lot with higher funnel making her able to add more visible Eimskip’s funnel mark.

Even though she is having Torshavn as her port of registry she is looked at as having Reykjavik as her home port which is her base port as for all Eimskip’s fleet. Eimskip has not used Icelandic flag on their vessels since October 2000 when BRUARFOSS (IMO 9117193) was sold.

Captain who delivered the last Icelandic flagged Eimskip’s vessel to new owners was Capt. Magnus Hardarson. He has been in command of LAGARFOSS since 2014 and was at her helm arriving Reykjavik after the scrubber installation. LAGARFOSS is fully manned by Icelanders.

Lagarfoss of Torshavn with her raised funnel on July 29th 2019.