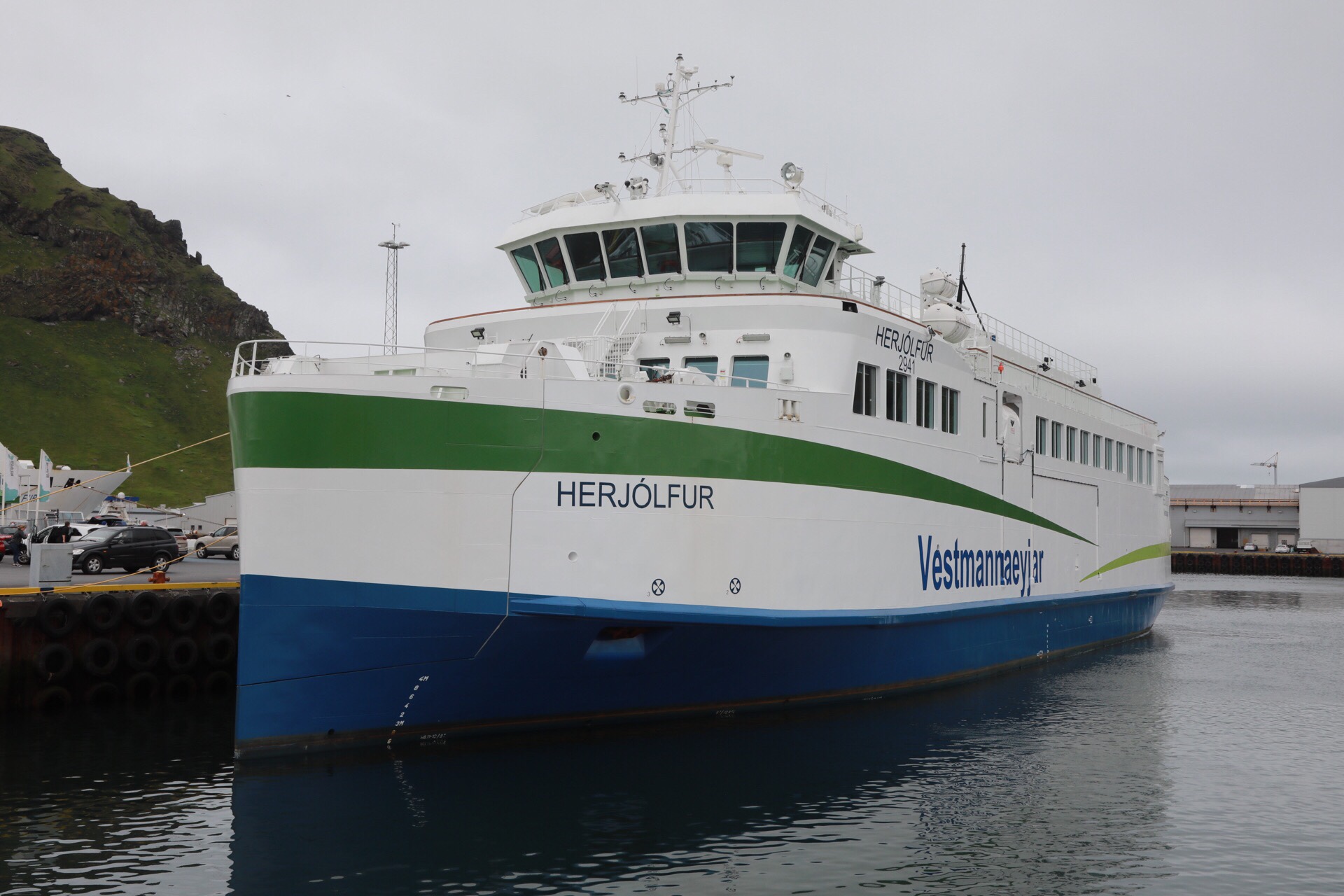 The new hybrid ferry for the Westmann Isl. route between the mainland and the Islands, HERJÓLFUR, arrived to her homeport on June 15th 2019. Her voyage was from her builders yard Crist S.A. in Gdynia Poland but she arrived safely after six day’s voyage.

She will replace HERJÓLFUR III (ex HERJÓLFUR) which has been operation on the routes since 1992. Herjólfur III will be ready as reserve ferry for the next two years but hopingly after that she will have new assignment and the as training vessel.

Herjólfur has not yet entered service although a month has passed since she arrived due to several technical issues. The latest one is that her berthings has to be renovated due to she doe’s not fit to her terminals. Some design failure.

She is not expected to enter service until in begining of August but she was delayed for a one year of delivery. Even despite the delay she has been far from being ready for operation.