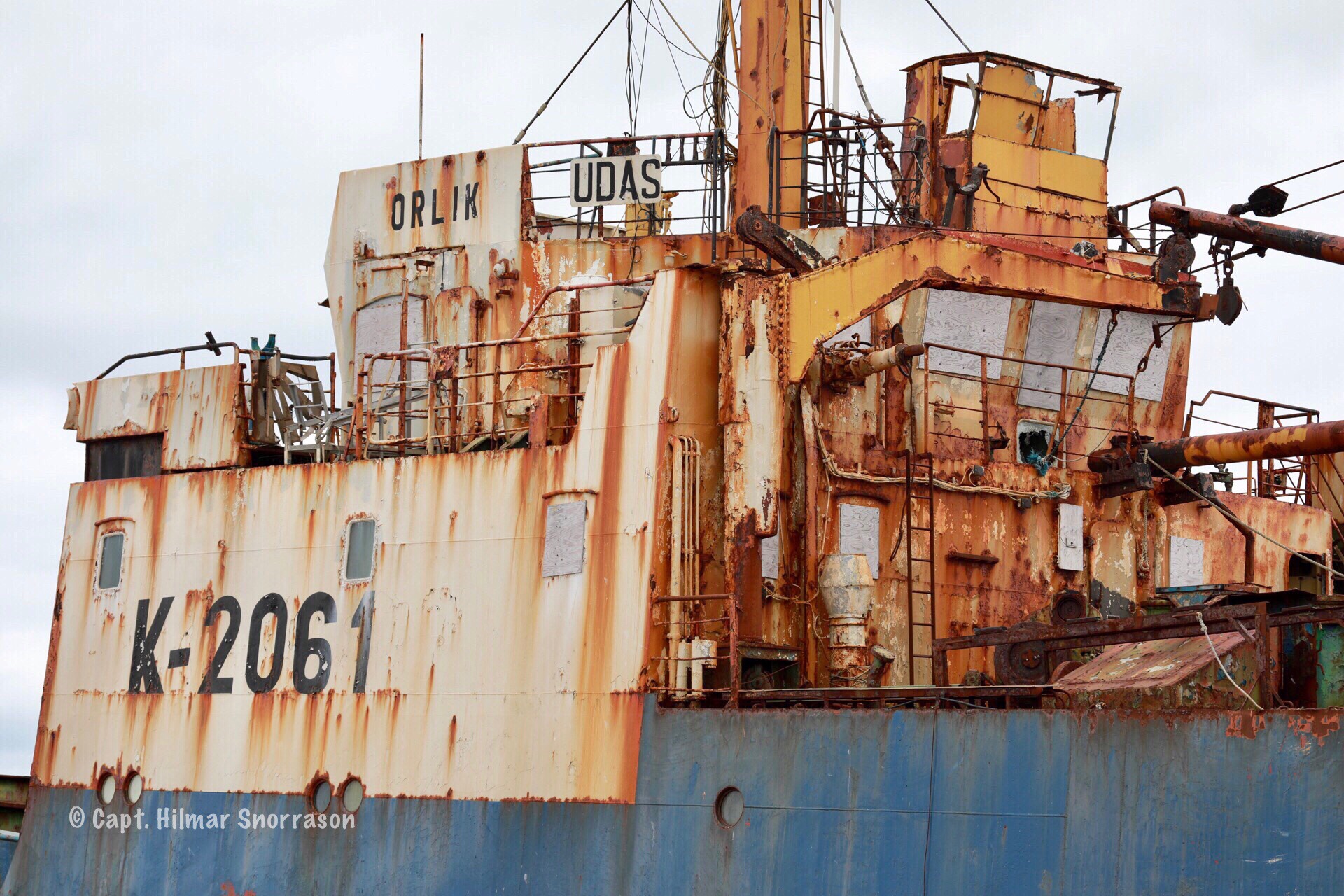 Early morning on July 22nd 2019 the Russian trawler ORLIK sprang leak in the Port of Njarðvík where she has been lying for the past years. She has been rusting in the port but this is the second time she had sudden leakage but that happened first two years ago. Despite the effort of having hear towed to approved beakers yard in Europe she has not been accepted to be in condition for such transfer but it has now been decided that she will be broken up in Njarðvík. Her condition is serious and it has been found out that it’s not possible to bring her to proper breakers yard.

She was build in 1983 in Stralsund (Germany) by Volkswerft VEB. She was one of the 84 Orlyonok type factory ships or project Atlantik 333 built from 1981 to 1985 by the East-German yard. They were equipped to produce freezing fish, fish meal and fish-liver oil, with a processing capacity for each plant respectively of 30 t, 12 t and 4,8 t of raw material per day. She is now in the ownership of Hringrás (Iceland) which is scrapping company.