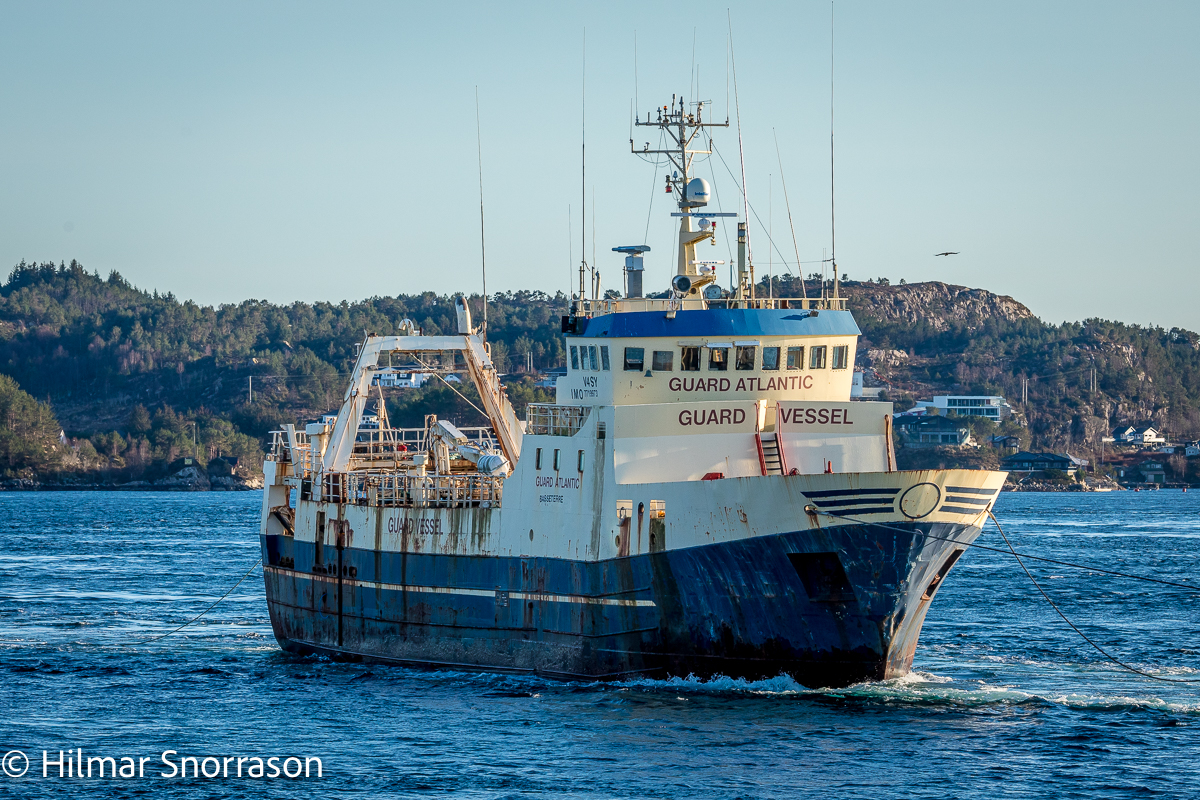 20220330 – Due to work I spent a week in Bergen, Norway. During that time I took trip to Hardangerford and on my return with the catamaran Admiralen we met number of ships.

Suddenly I saw one that I recognised as former Icelandic stern trawler. This was a vessel that I had connection to as I was her first captain when she came under Icelandic flag in September 1993.

Build in 1978 as NOKASA changing name to NATTORALIK in 1989. She was sold to Snorri Snorrason, Dalvík, Iceland and renamed BALDUR in September 1993. We took delivery of her in Svendborg, Denmark and took her to Szczecin in Poland where she was sandblasted and painted before her voyage to her home port of Dalvik. I signed of in Poland.

Now she was North bound in tow of the STADT SLOVAAG which was heading for Maaloy and Floro. The present location of GUARD ATLANTIC is not known by me.