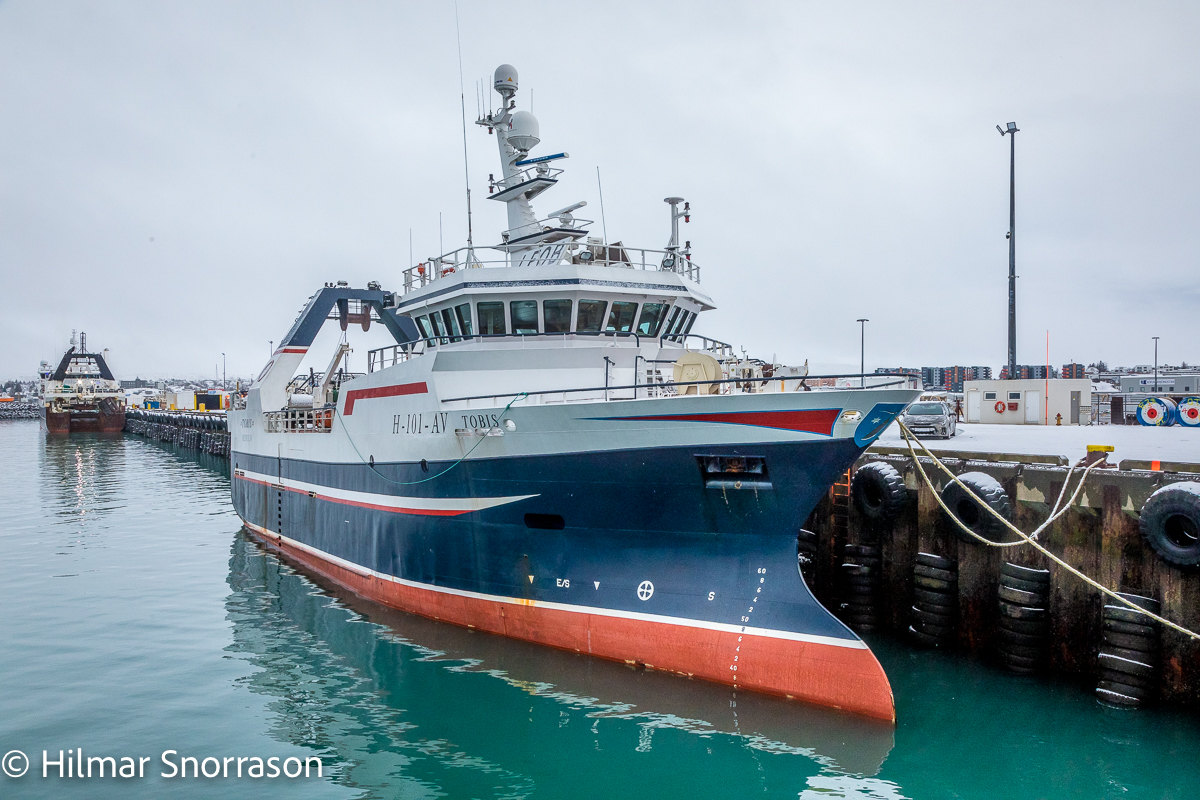 20220310 – The fishing operator Vestri ehf. in Patreksfjordur, Iceland has bought the Norwegian trawler TOBIS. She was taken into drydock in Hafnarfjordur before flag change.

She will replace the 1963 build VESTRI which now has been renamed VESTRI II. The new vessel was renamed also VESTRI when transfered to Icelandic Ship Registry.

The new VESTRI was build in Karstensens Shipyard in Denmark in 2009 for Danish interest as TOBIS but sold in 2018 to Norway.