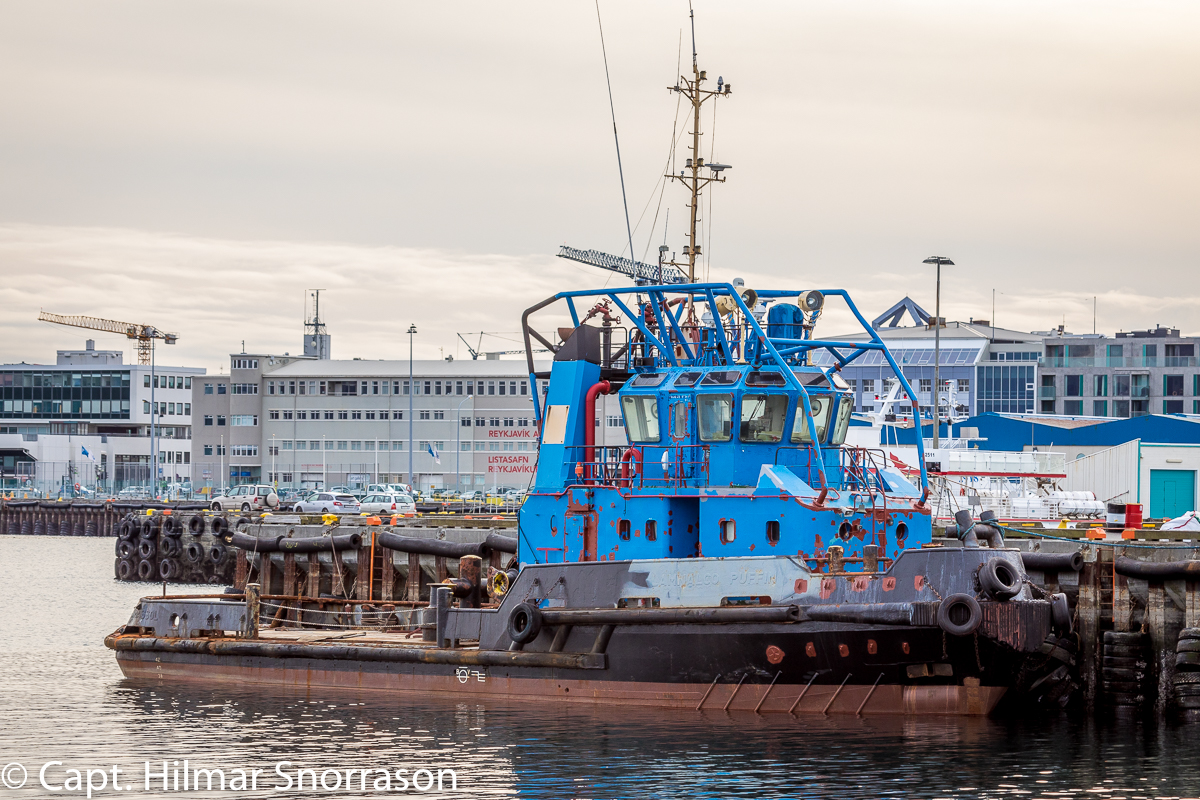 HERKÚLES was first registered in Iceland on 21 February 2019 but she has not been into service so far.

After the sale of GRETTIR STERKI she has been prepared to go into service as the pusher for the barge BARKURINN.