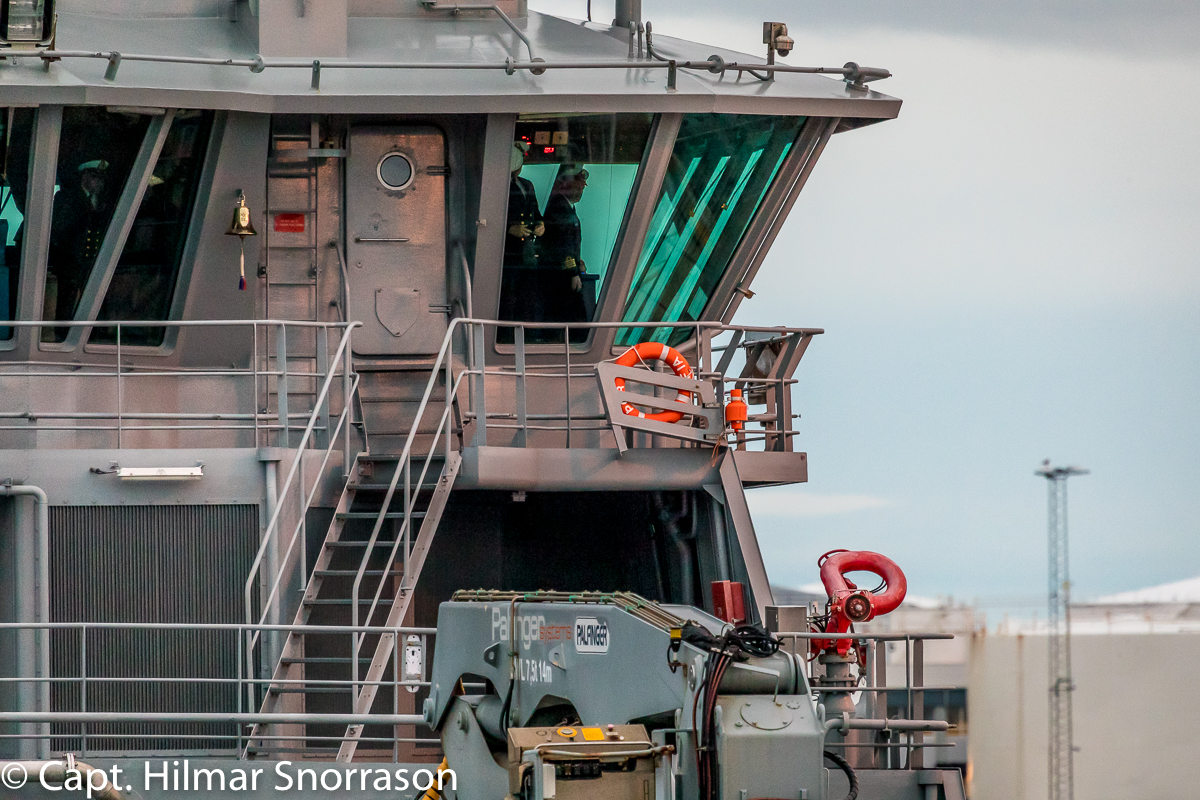 20201209 – Today the Coast Guard Vessel ÞÓR arrived to Reykjavík for the last time under command of Commander Halldór Benóný Nellett.

Capt. Halldór joined the Icelandic Coast Guard (ICC) in the 1972 first as a messboy but also as an AB. After gratuating from the Navigation School in Reykjavík he joined as navigating officer in the ICC.

He had is first command in 1992 becoming permanent Commander in 1996. He took part in two Cod Wars between Iceland and UK in the 70´s.

Due to Covit-19 his arrival could not be held according to ICC former rituals but never the less it was very respectfully with all the national requirements of precausion due to the pandemic.

During his time with the ICC he served in the helicopter division as navigator on the rescue helicopters and also as head of ICC operation and was Deputy CEO for time being.

Commander Halldór’s son is serving in the ICC as AB on the Coast Guard vessel Týr which his father commanded at one time.