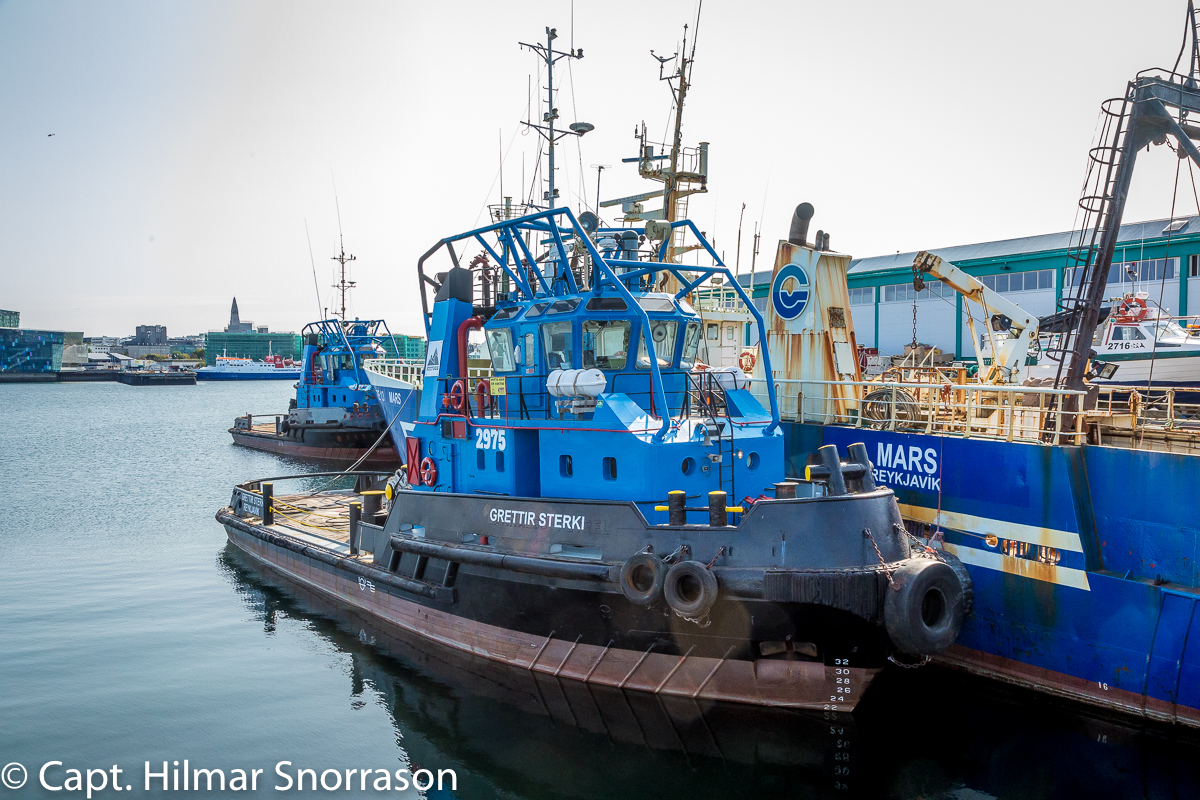 GRETTIR STERKI (IMO 9171981) was originally LAMNAICO PETREL and later AFRIK PETREL before being sold to Iceland in 2019.

During her short time under Icelandic flag she was mostly used as pusher for the unpropelled bunkering barge BARKUR.

She has now been renamed LEADERSHIP registered in Panama.