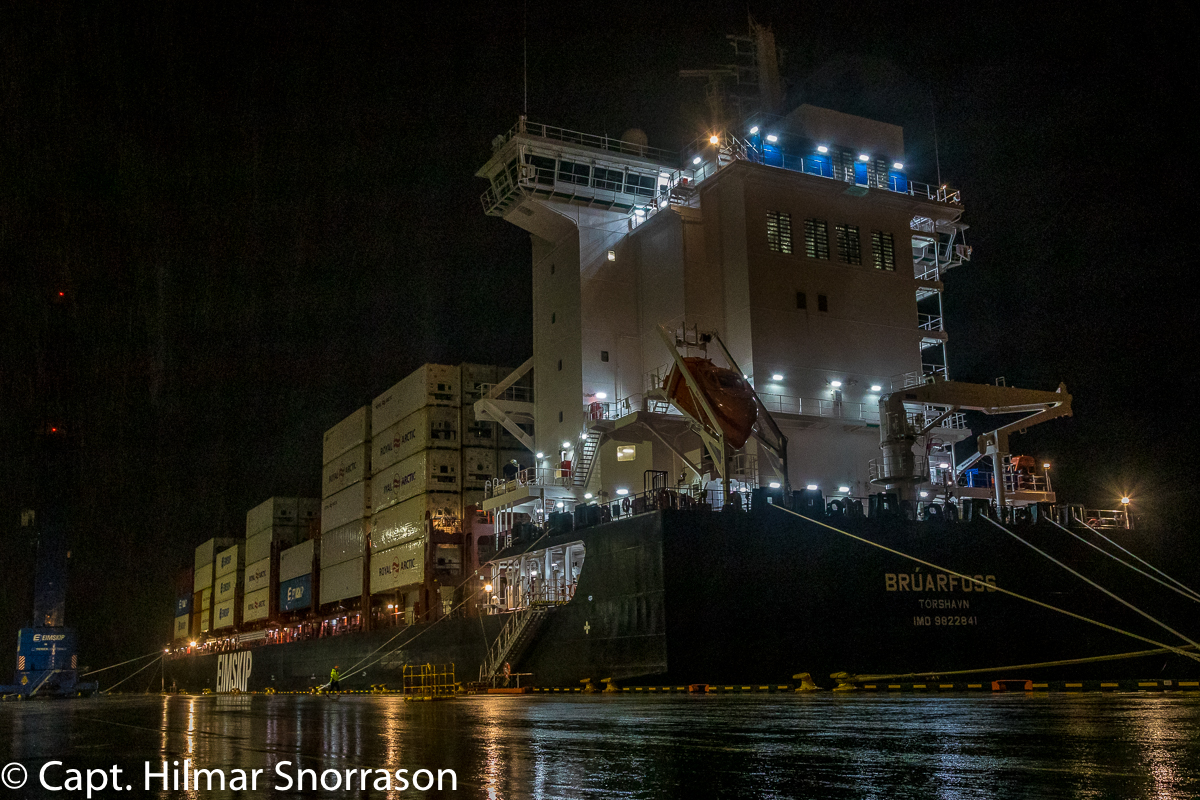 20201125 – The newest container vessel in Eimskip fleet BRÚARFOSS (IMO 9822841) finally arrive to Reykjavík which is the home port of the crew and owner. Part of her crew had been away for over 120 day’s due to difficulties of travelling due to Covit-19.

It was a big day for Eimskip finally getting their second newbuild to Iceland after almost one year delay due to engine problems that came up prior to her sea trials. She made sucsessful trip from China passing Singapore Strait and Sues Canal to Europe where she entered into the company route system joining her sisters DETTIFOSS and Royal Arctic Line TUKUMA ARCTICA.

The new consortium of the two company’s are three weeks regular sailings between Iceland – Greenland – Continent.

BRÚARFOSS was under command of Captain Karl Guðmundsson who have served in Eimskip fleet since in late 70’s posting from messboy to master.

Two days later BRÚARFOSS headed for her Maiden voyage from Iceland to Nuuk in Greenland.