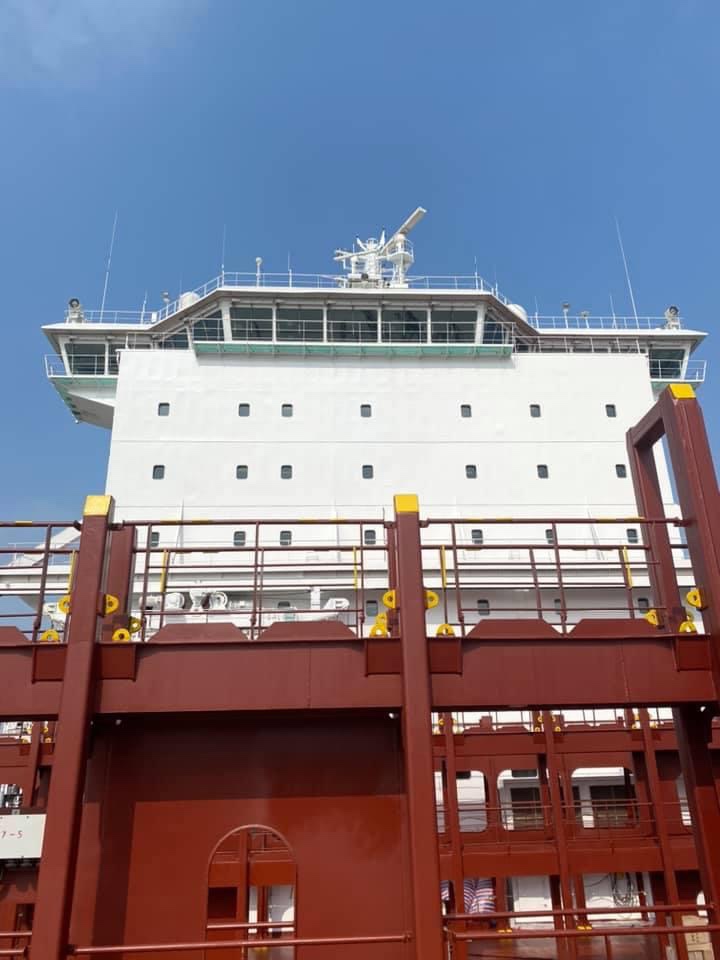 On 4rt September the new build container vessel to Eimskip BRÚARFOSS finally headed for her sea trial. When she was ready for her sea trials in September 2019 a serious engine failures where suffered which has led to her delay in delivery.

Brúarfoss was suppose to be the first of three sisters delivered from the yard but in the end she is the last delivered. The two others are TUKUMA ARCTICA to Royal Arctic Line and the latter one is DETTIFOSS to Eimskip.

Five crewmembers took part in the trials but her remaining crewmembers will soon head to China to leave China for owners home in Reykjavík Iceland. She will be fully manned by Icelanders.