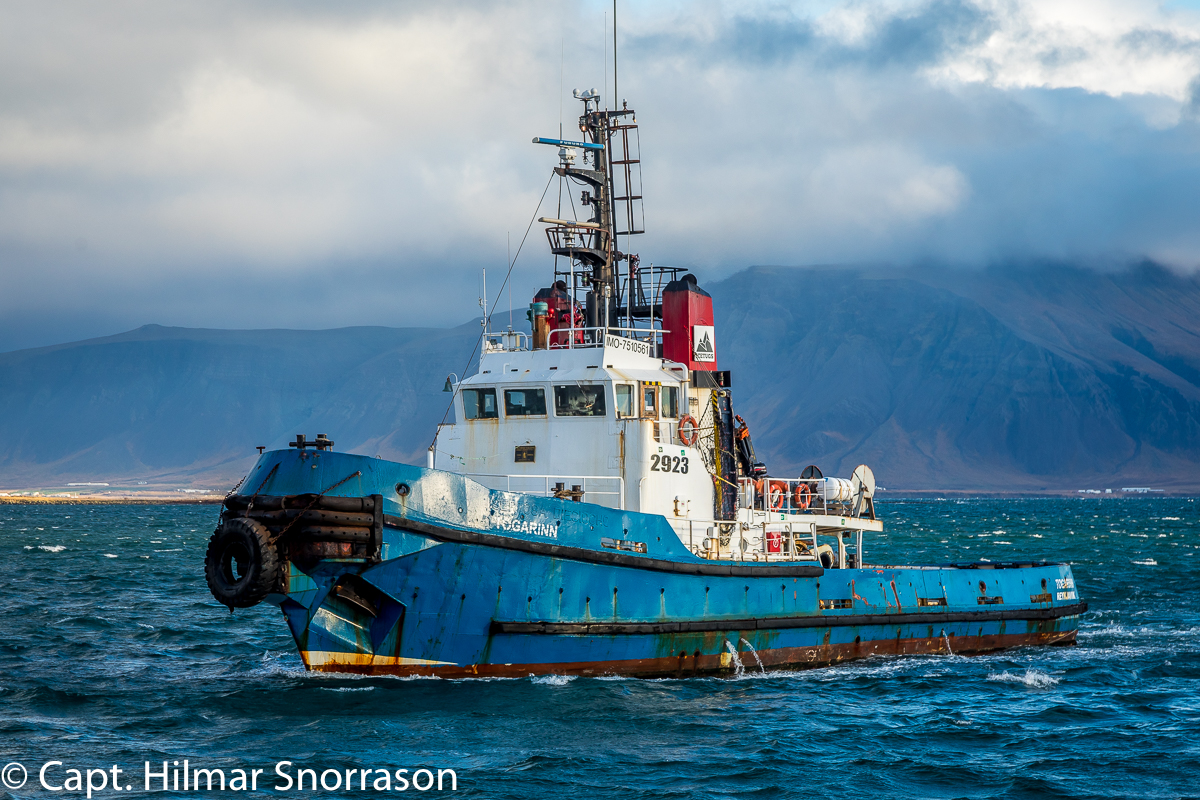 She was named SERTOSA DIECIOCHO upon delivery and her port of registry was Cadiz till 2011 that she was treanferred to Santa Cruz de Tenerife.

Under Icelandic flag she was mainly used as pusher for the bunker barge BARKUR in Reykjavik and Hafnarfjordur as well as having some towing assignment.

When she left Iceland she had tow of old fishing vessel KLETTUR (IMO 6704892) that had been sold for demolition at Van Heyghen Recycling in Belgium. On their way to Belgium they had call in Vagar in Faroe Isl.