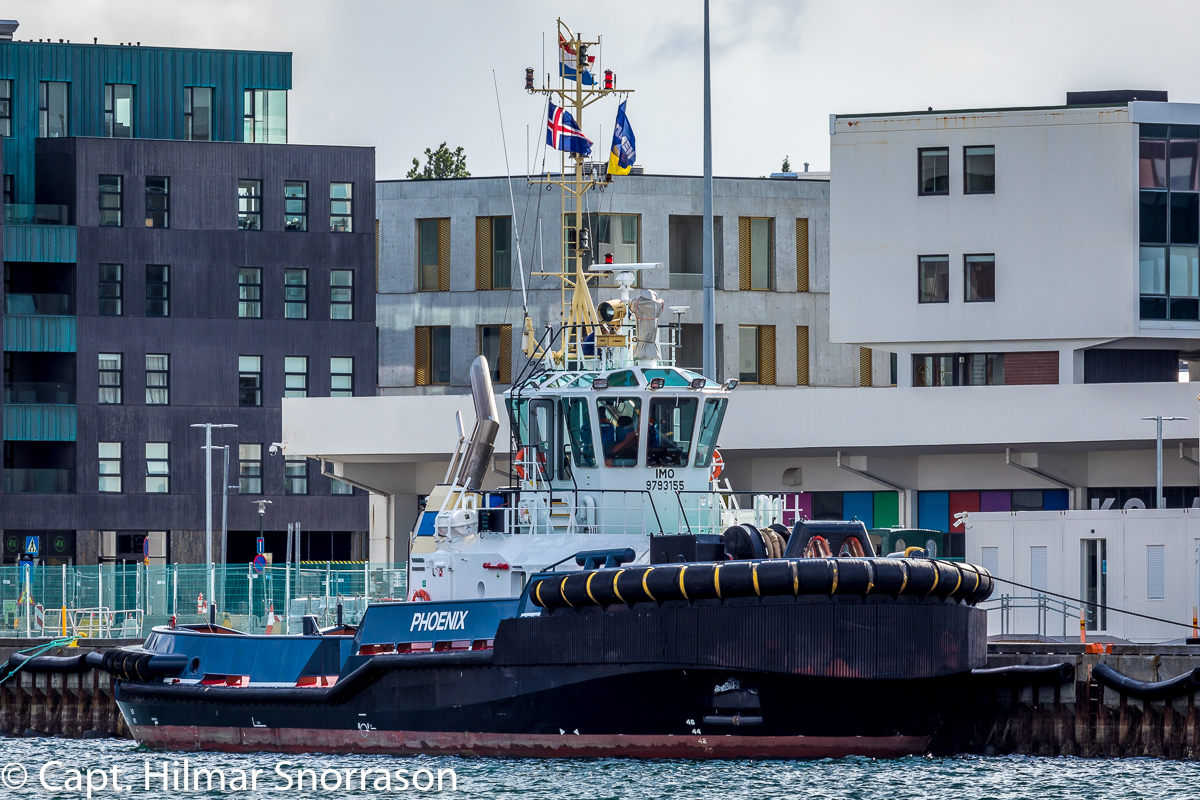 September 11th 2020 – The new tug of Associated Icelandic Ports MAGNI has not been put into service as she has had serious problems with engines and winches since arriving to her port of registry Reykjavik in early March.

This has led to decission by her builder Damen Yard to bring her back to Rotterdam where she arrived in mid July 14th 2020.

As the port authority was depending on the tug to be operative at this time of the year they had sold one of their tug, JOTUNN, to Þorlákshöfn and already delivered her to new owners. She has been renamed HERDÍS.

Damen Yard has lend Associated Icelandic Ports the Dutch tug PHOENIX (IMO 9793155) which arrived to Reykjavik on 11 September. Magni is not suppose to be back to service for her owners until mid October.