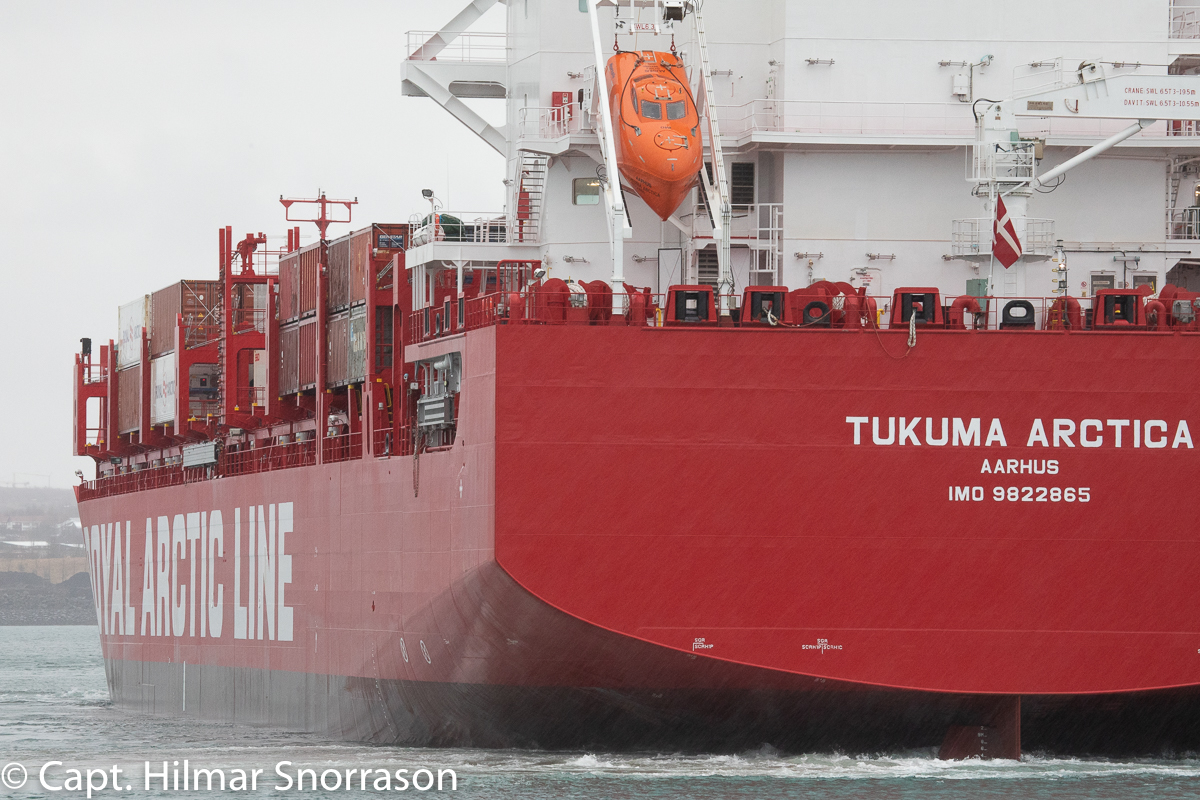 TUKUMA ARCTICA owned by Royal Arctic Lines is the first of series of three vessels that will soon start service between the Continent to Iceland and Greenland in consortium with Eimskip Iceland.

The other two vessels will soon be delivered to Eimskip, the DETTIFOSS and BRUARFOSS that will replace the GODAFOSS and LAXFOSS that have been sold. BRUARFOSS was supposed to be the first in the series of the three but due to problems with the axle generator she will be the last one to be delivered.

With arrival of TUKUMA ARCTICA she became the largest container vessel visiting the port of Reykjavik so far.