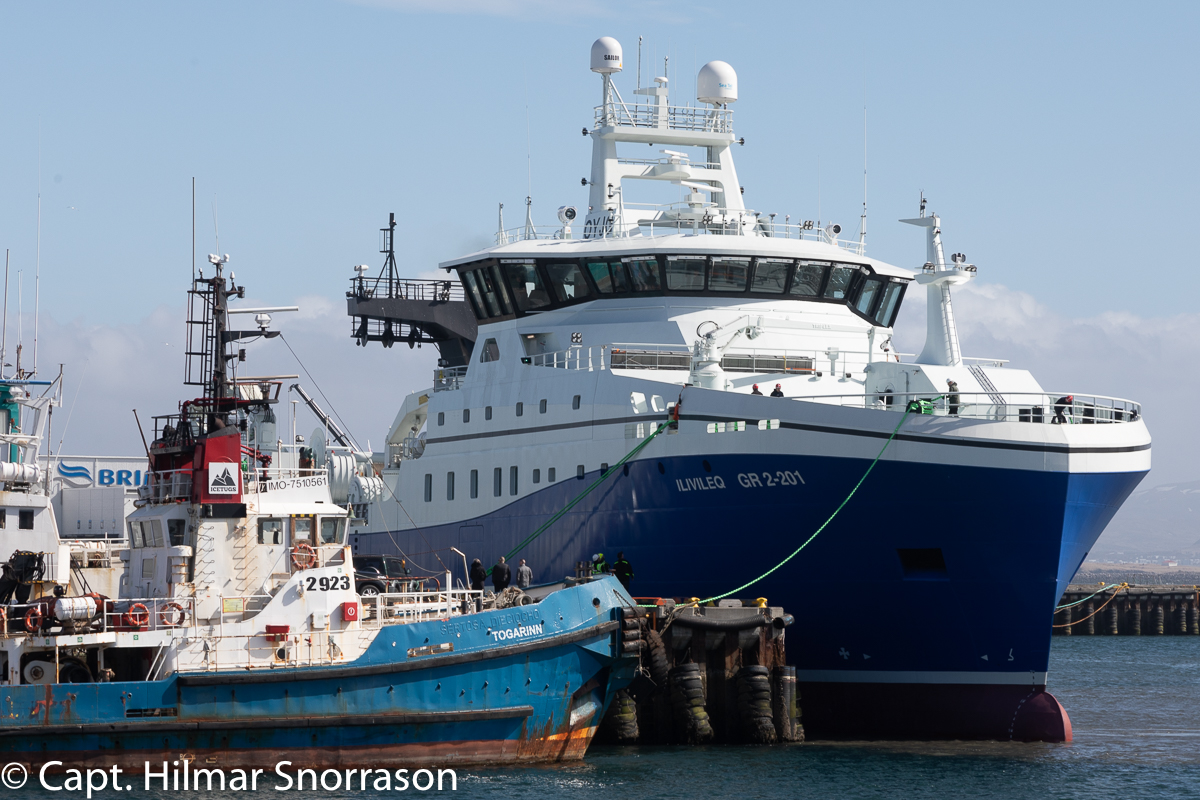 May 5th 2020 – Today the Greenland registered stern trawler ILIVILEQ arrived for her first time to Reykjavik after five day’s ar sea from her builders yard. She was build in Spain but originally for HB-Grandi and supposed to be named ÞERNEY.

During her building time the company was accuired by one of her largest stockholder and the name of the company was changed to BRIM. The new owner decided to not have the newbuild continued to be build for Icelandic waters but instead to be fishing in Greenland waters.

ILIVILEQ is registered under the ownership of Arctic Prime Fishing in Greenland which is in 100% ownership of the Icelandic Brim. She was design by Rolls Royce in Norway in cooperation with Brim and is revolutionary fishing vessel for the North Atlantic.

Her homeport is Qaqortoq in southern Greenland but officers are all Icelandic with the experienced Skipper Páll Þórir Rúnarsson in command.