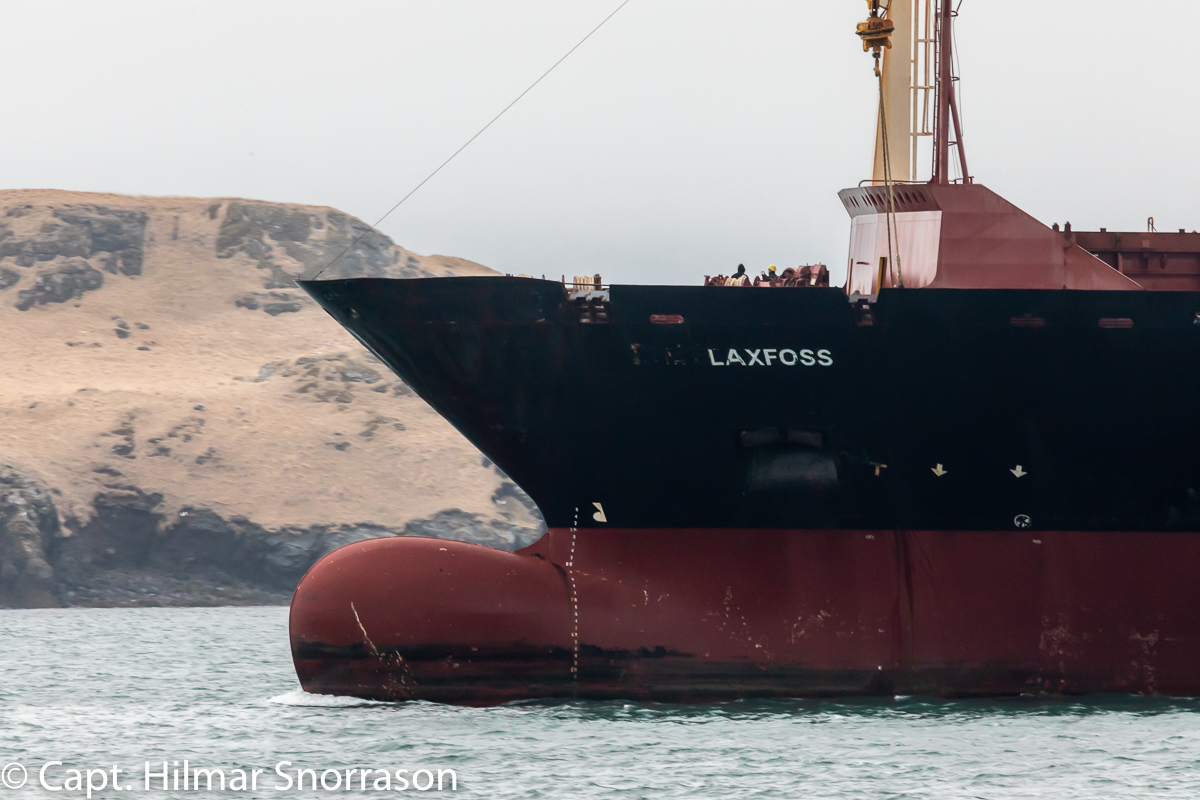 April 30st 2020 – Today LAXFOSS left service for Eimskip after 20 years in the North Atlantic sailings for her owners.

She had been sold to Liberia in January but chartered to her former owner for short time. Due to Covid-19 her charter was ended sooner that expected.

After finishing her last voyage her Master, Chief Officer and Chief Engineer needed to be replaced as they where Eimskip employed but her new owner had problems of flying in new crewmembers due to the epidemic.

Laxfoss left the Eimsip terminal after crew replacement on April 20st. for anchorage outside of Reykjavik till end of her charter that enden April 30st.

She had short visit back to pier in Reykjavik on May 1st. before departing for Malta enroute to brakers yard in India according to sources.