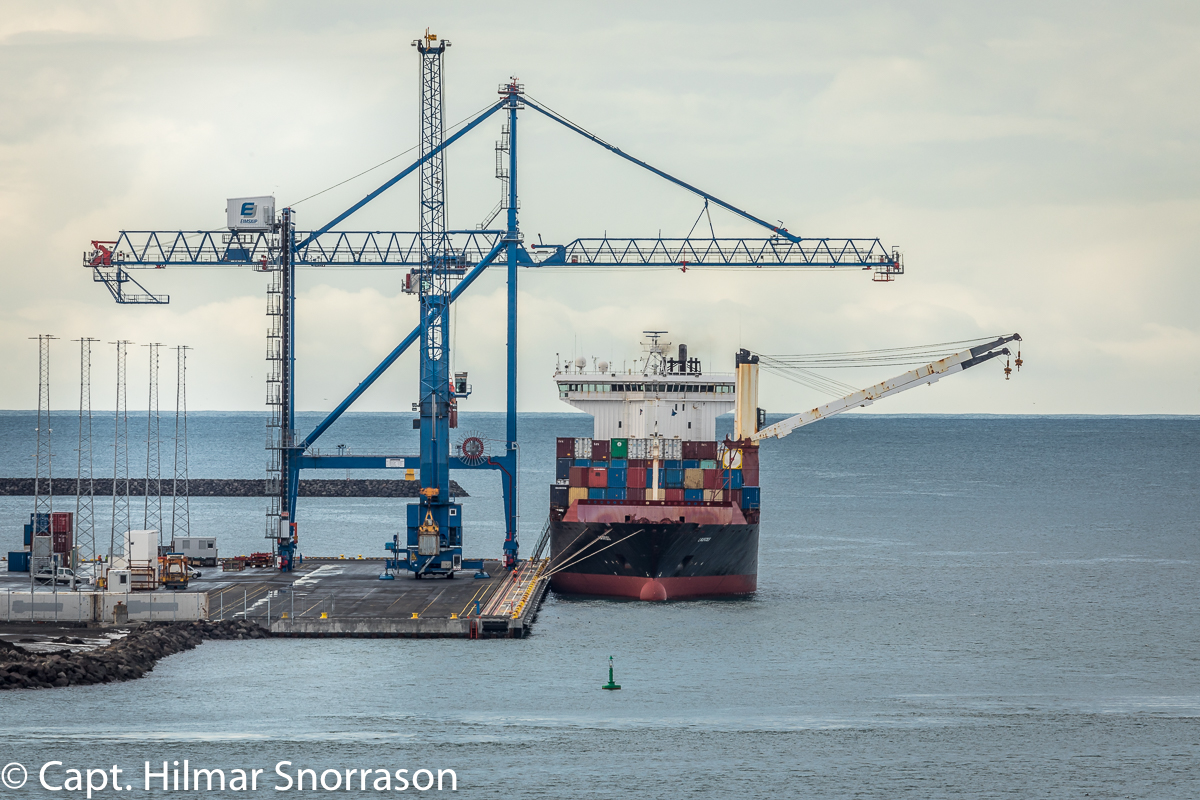 She and her sister, GODAFOSS, have for the past 20 years had fourthnightly departures from Reykjavik to the Continent on Eimskip routes.

Laxfoss was build at Ørskov Staalskibsværft in Denmark in 1995 of the Sif Mark X type. She was named HELENE SIF but later renamed TRSL TENACIOUS. In 1997 she was renamed MAERSK DURBAN.

She and her sister were sold to Hf. Eimskipafélag Íslands in 2000 and renamed DETTIFOSS. Her sister was renamed GODAFOSS. They flew the flag of Antigua and Barbuda but later changed to Faroes Internationa Shipregister.

In March 21st 2019 she was renamed LAXFOSS as newbuilding for her replacement was under construction in China at that time that clamed her former name Dettifoss.

In end of January 2020 she was sold to foreign owner but chartered back to Eimskip. Her charter was expected to last till her replacement from Chine would arrive but due to Covid19 outbrake there have been delay on delivery of the newbuild.

Laxfoss arriced on her last trip to Reykjavik under command of Capt. Ríkhardur Sverrisson but he have been in command of Godafoss for over a decade and most recently on Laxfoss.