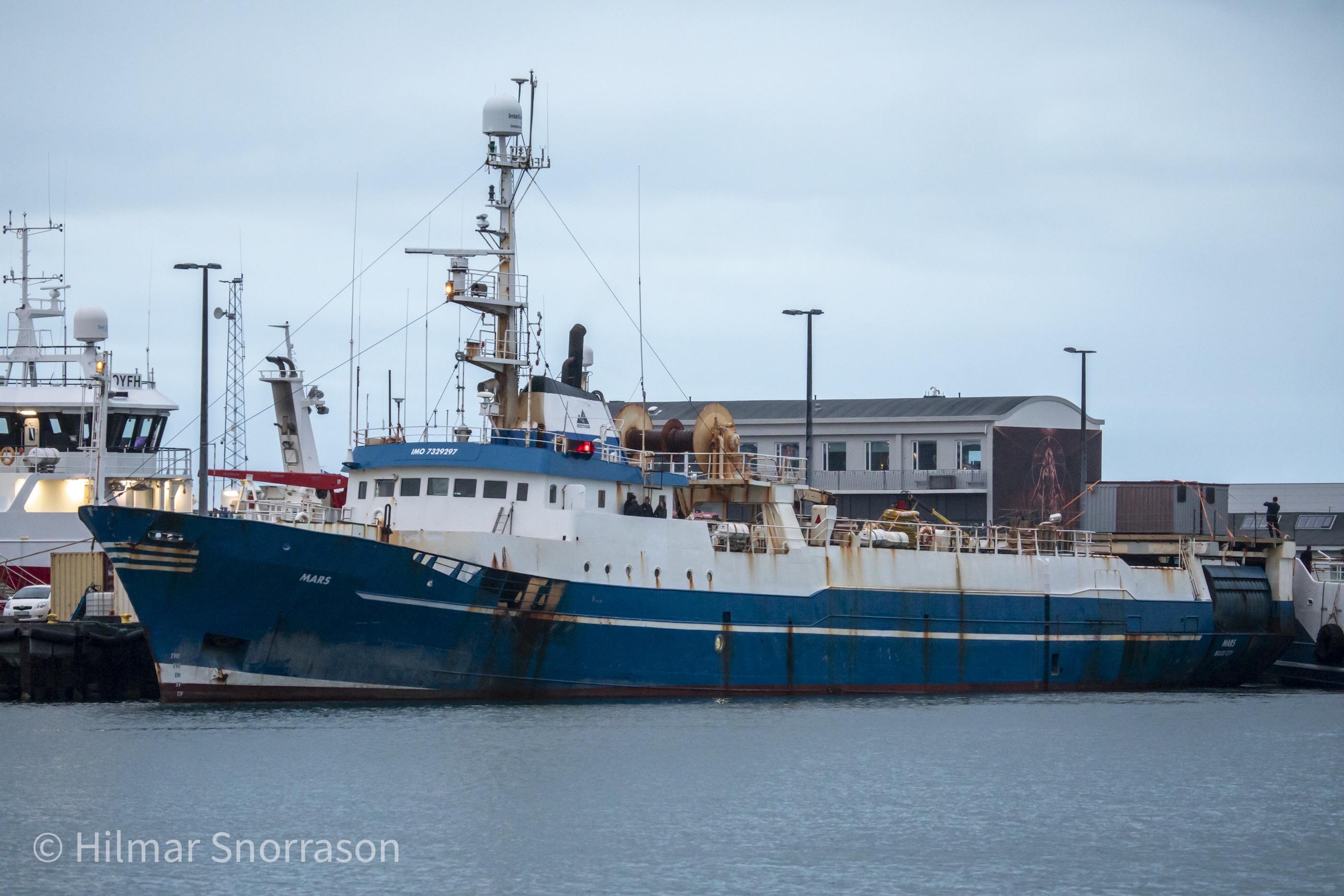 She was originally the Icelandic ENGEY build in 1974 owned by Grandi but sold to Rammi in 1998 becoming KLEIFABERG.

In 2007 she was sold to Brim but name unchanged. She became one of the most sucsessful trawler in the Icelandic fishing fleet for years.

KLEIFABERG was laid up in Reykjavik in August 2020 and later sold to IceTugs Reykjavik to be converted into support vessel.

Today she was renamed MARS and transferred under the flag of Belize and registered as merchant vessel. She left for assignment in Greenland for next three months manned by Icelandic crew.