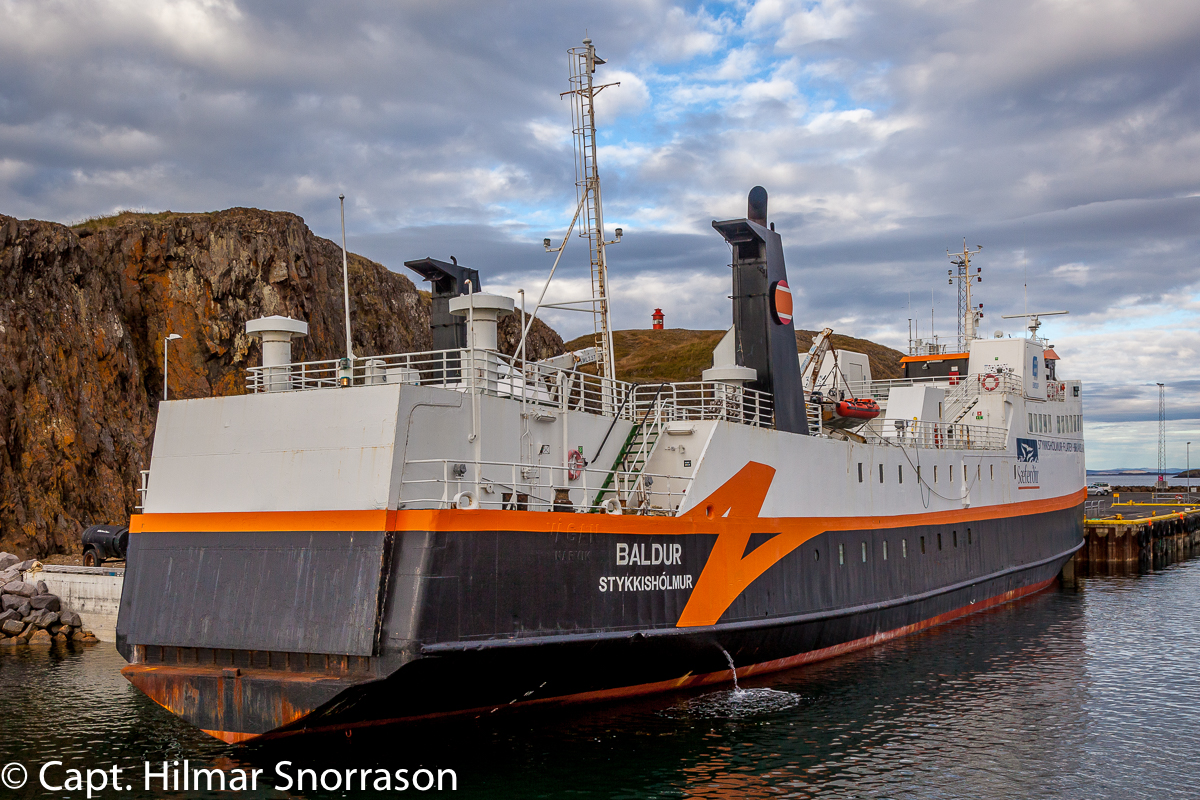 She was towed to Stykkishólmur where repair where done on her engine turbine. She entered service 10 days later.

The March 11th 2021 again she had engine problems when she was 10 nm of her home port Stykkishólmur. She dropped anchor but later she was towed by the research vessel ÁRNI FRIÐRIKSSON out in open waters for safety reason.

The following morning the Coast Guard vessel ÞÓR arrived on the sceen and also the harbour tug PHOENIX. Þór towed her towards Stykkishólmur but the latter one took her into berth.

Baldur was back into service on the 18th of March.