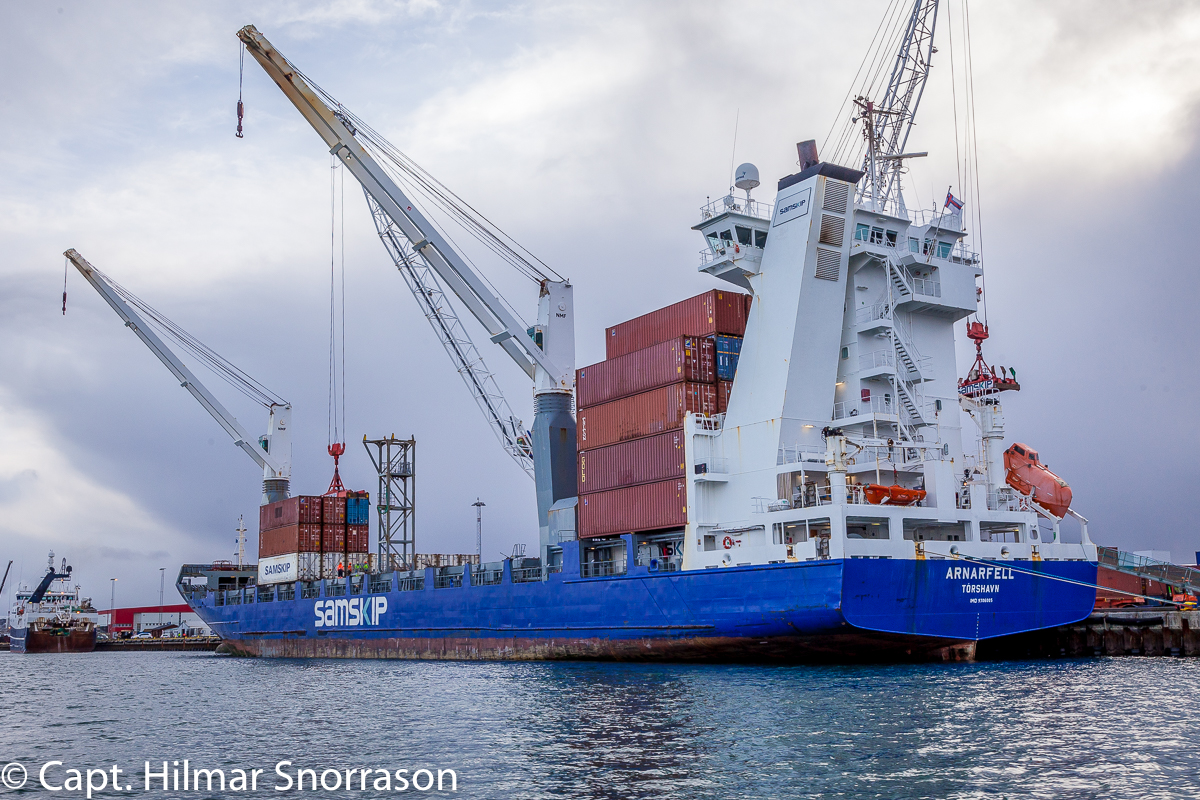 Thuesday April 7th 2020 – The Sietaz sisters ARNARFELL and HELGAFELL have been in drydock in Munkebo Denmark for hull washing and painting but they both had their 15 years overhaul.

But during the drydocking the both of them where fitted with open srubber system. They are the socond and third vessel owned by Icelandic Shipping Company’s on Iceland run to be fitted with scrubbers. The first one was LAGARFOSS to Eimskip.

Arnarfell was first to Munkobo for the installation but the latter one Helgafell has just finished and arrived to Reykjavik today with the new installment. Arnarfell was already back into service month earlier.

The sisters have been very sucsessfully on the Iceland – Continent run the past 15 years but they run forth nightly departures from Reykjavik.