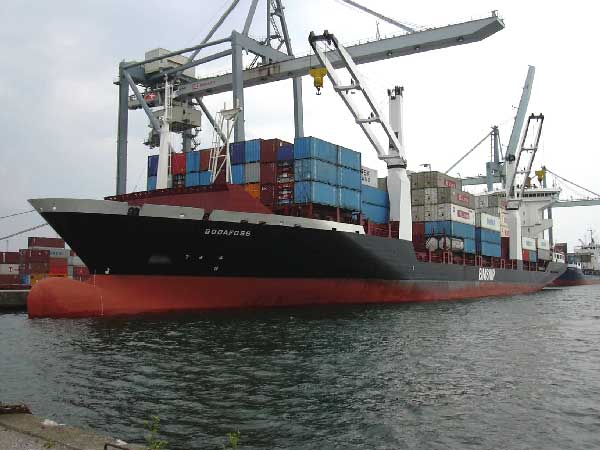 The container vessels GOÐAFOSS and LAXFOSS have been sold by Eimskip to GMS Liberia. Both vessels will still continue on Eimskips routening system for time being.

The two sisters are to be replaced by two newbuild 2200 TEU’s container vessels build in China the DETTIFOSS and BRUARFOSS. The latter one was supposed to be delivered in late last year but when she was going for her first sea trial her axle generator got on fire. She is delayed by approximately eight months.

GODAFOSS and LAXFOSS (ex DETTIFOSS) have served Eimskip for the last 20 years but they joined the fleet in 2000. GODAFOSS was handed over to her new owner on January 30th but LAXFOSS was delivered on February 4th. 2020. They where transfered to Liberia flag but chartered to Eimskip.

The sister’s will though not leave the Eimskip’s fleet as they will continue on their route’s till they will be replaced by the newbuildings from China. Althouh they have been flying the flag of Faroe Isl. for the past years they have always been fully manned by Icelanders for the last 20 years. But after the change of ownership till end of their charter they will still have Icelandic master, chief officer and chief engineer.