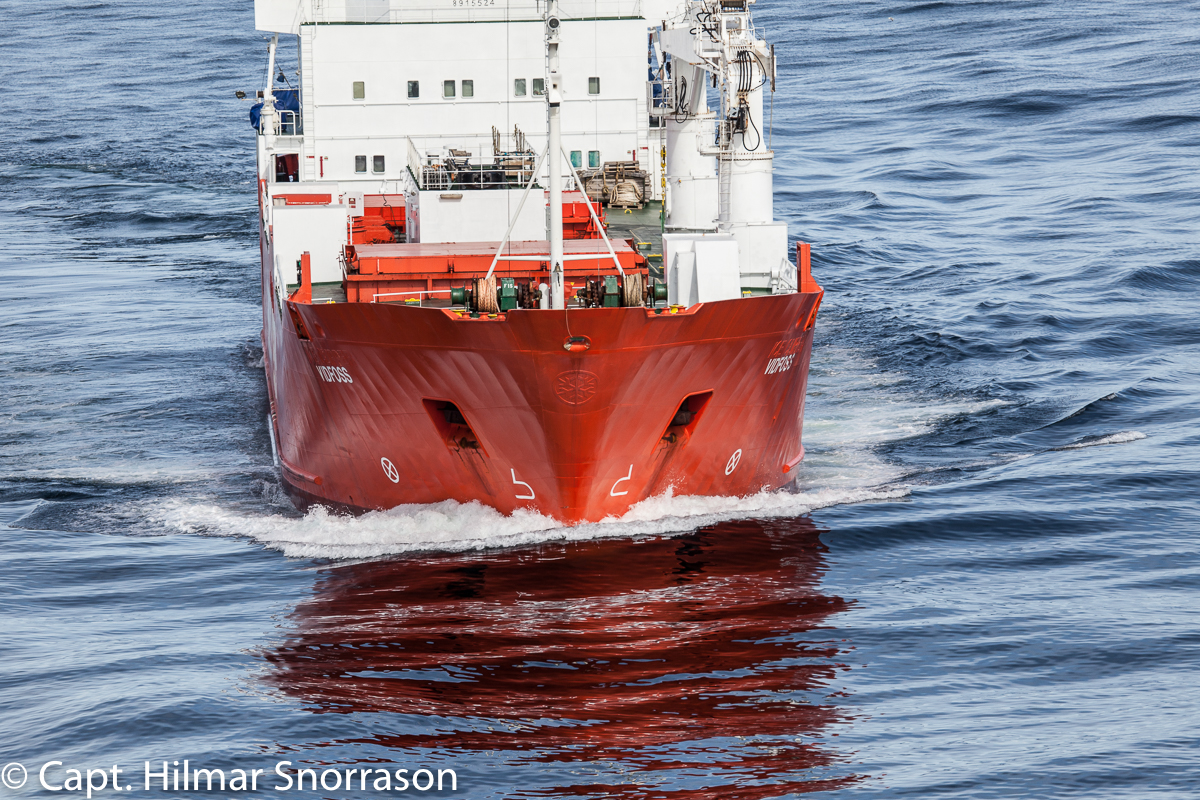 The three vessels are LANGFOSS, STIGFOSS and VIDFOSS. They have been in ownership of Eimskip since in 2012.

The sisters were build in Aarhus Flydedok A/S, Aarhus, Denmark in 1989 and 1990 but they all got the prefix ICE.

LANGFOSS was launched as ICE CRYSTAL but had the names TABASCO CRYSTAL, SAN CARLOS CRYSTAL but changed name to Langfoss in 2014.

STIGFOSS was launched as ICE STAR and as Langfoss she changed name in 2014.

The sisters have mainly been sailing on the Norwegian coast having now and then calls in Icelandic ports.

Eimskip have three other reefers that are serving on the Norwegian coast, SVARTFOSS, POLFOSS and HOLMFOSS.

After the sale of the ICE sisters the other three will be joined by charter vessel that rumour say’s will be present VIDFOSS.

The sisters are said to be delivered to their new owner in February.