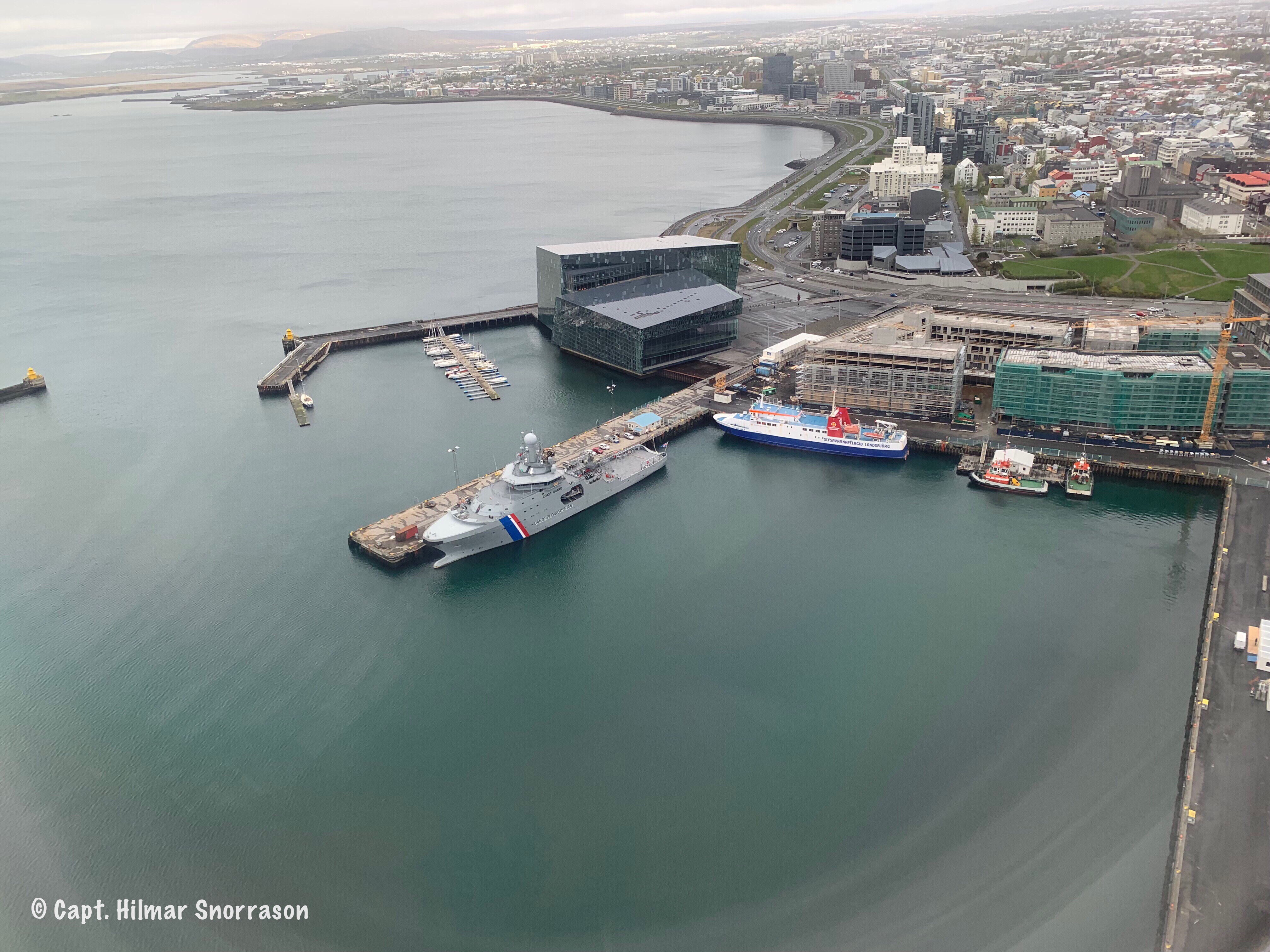 On June 21st 2019 the Associated Icelandic Ports – Faxaflóahafnir – had their AGM. The figures for 2018 where introduced in the Annual report showing that 352.000 TEU’s where transported through the port. As fishing port a catch of 119.437 tons where landed but the growth of passengerships has been every year as almost 140.000 passenger visited the port with 170 vessels calling in 2018. For the year 2019 a numer of 200.000 passengers are expected. Total tonnage through the port was 3,8 mio tons. A total of 1.474 vessels over 100 GT made call at the port. It was as well informed at the meeting the intention of the Government to present a bill later this year banning ships burning heavy fuel oil within the 12 nm territorial waters of Iceland.

Turn a round of containers through Associated Icelandic Ports in 2018 was 352.000 TEU´s. The feeder LOMUR chartered to Eimskip bunkering in Reykjavik June 25th 2019.

In 2018 140.000 pax had stopover in Associated Icelandic Ports. OCEAN DIAMOND is one of the frequent callers of the port.

The old harbour facilities in Port of Reykjavik located in the city center.

The passenger and container terminal of Port of Reykjavík.