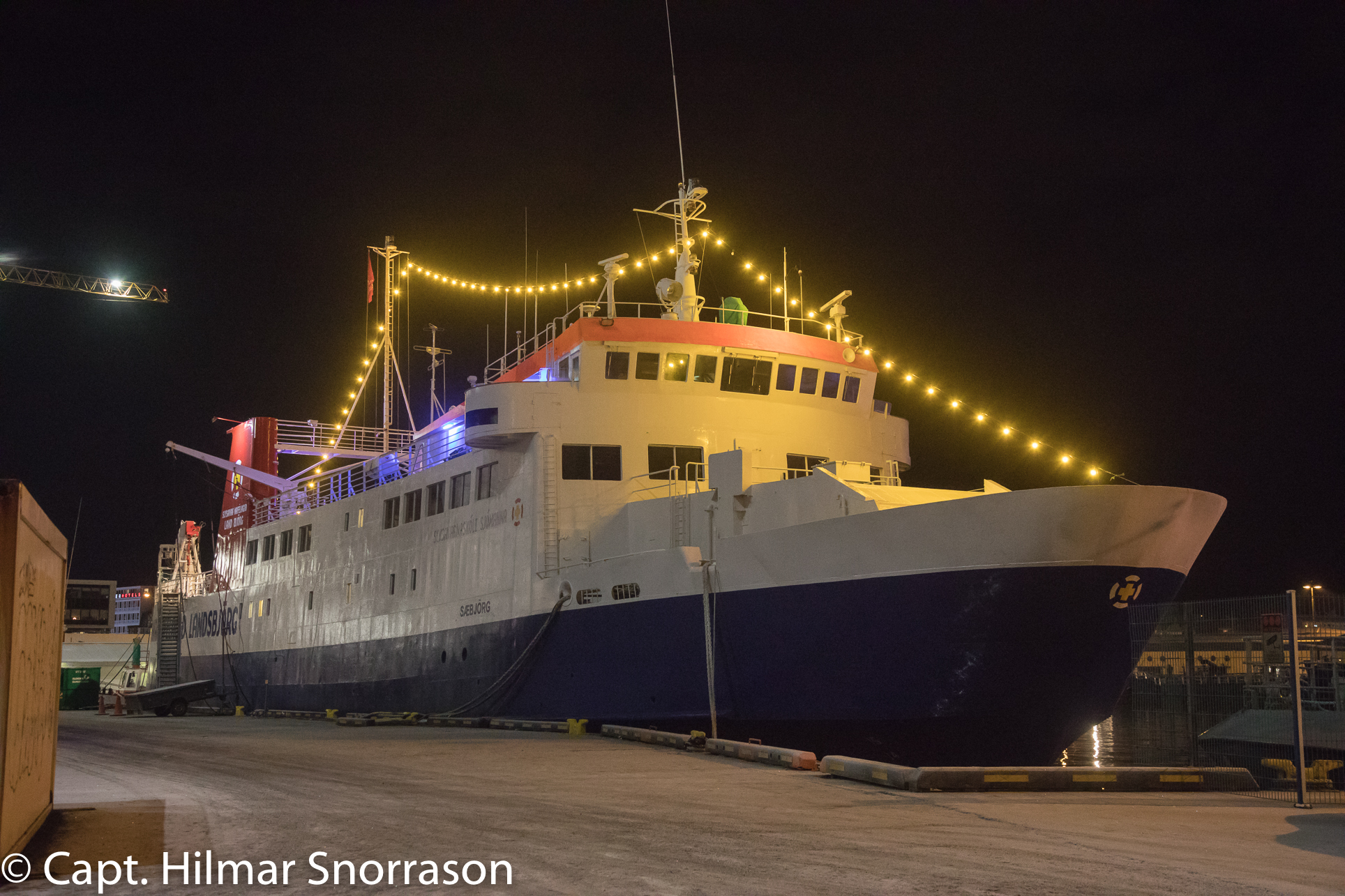 As usual the Icelandic owned ships that are not running on schedule’s as well as the Icelandic fishing fleet are in port during the Christmas holiday’s. The fishing fleet is in port according to general agreement between the unions of the fishermen and the fishing owners association. Port of Reykjavík is no exception regarding fishing vessel’s in port but also other ships where either loading/unloading waiting for departure according to their set schedule. As tradition majority of ships are decorated with lights from stem to stern which lighten the darkness that is covering this part of the world for the time being. Therefore the ports will be well lit up during the holiday’s. Here are photo’s that I took on the morning of December 24th 2018. Merry Christmas to all of my readers.

The stern trawler GUÐMUNDUR Í NESI. The rumour say’s that she will be sold to Arctic Prime Fishbing and to be renamed ILIVILEQ.

The veteran coast guard vessel ÓÐINN is a part of the Maritme Museum in Reykjavik.

Charter vessel to Eimskip, the BAKKAFOSS loading for Faroe Isl, Immingham and Rotterdam for departure on the 26th December.

Charter vessel to Eimskip, the SKÓGAFOSS will be in port During Christmas holiday´s. Her sister SELFOSS was expected to arrive at noon on 24th for Christmas layover.