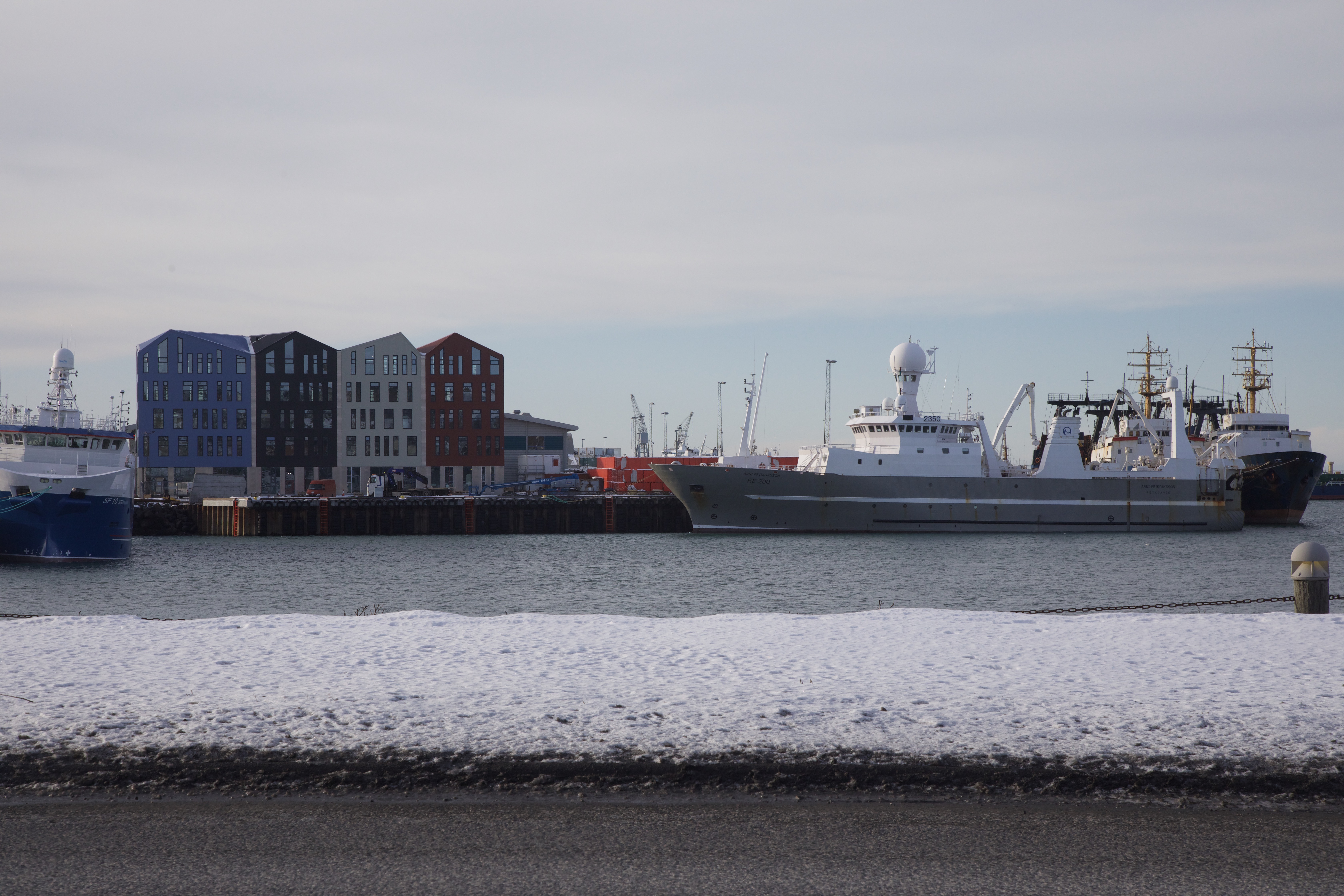 Wednesday February 26th. 2020 – The Marine & Freshwater Research Institute (MRFI) which has been located in downtown Reykjavik is now soon to be moved to new headquarters in Hafnarfjordur.

The MFRI fleet consists of two research vessels, the BJARNI SÆMUNDSSON and ÁRNI FRIÐRIKSSON. They are named after Icelandic pioneers in ocean and fish reaserch. Their homeport has been Reykjavik all the time but now they are to be moved to new location in Hafnarfjordur.

New pier has been build next to the new headquarters and today the flagship of the fleet of two, ÁRNI FRIÐRIKSSON, was docked for the first time at her new home port to be but she is still registered in Reykjavik.

The big question is „Will she and the other vessel change the registration to their new port?“