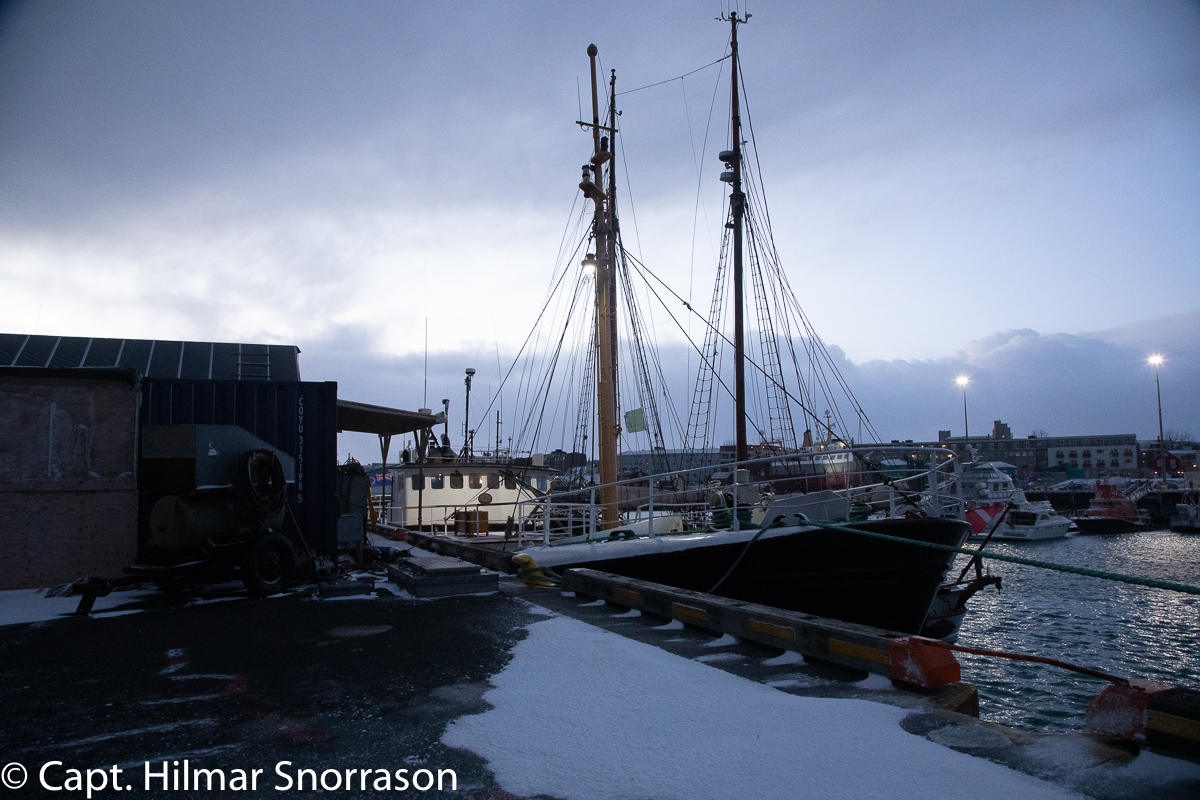 The converted passenger vessel CAPE RACE left Port of Reykjavik on January 25th 2020. She came to Reykjavik in 2017 for repair in the slipway of Stálsmiðjan-Framtak. Two years later she is actually almost rebuild.

Her hull was repaired due to damage she got while sailing in the waters of Greenland but she had been sailing in the icy infected waters. But almost the whole interior was also replaced and so where the cabins.

I got the opportunity to pay the crew a visit few day’s before their departure but on their voyage to Hamburgs Germany they had hired Icelandic navigator to join them passing the harsh weather that have been blowing in the North-Atlantic since early December 2019.

I hope you enjoy the photo’s but although she is not Icelandic ship I have added her due to her totally rebuilding program that took place in Reykjavik.