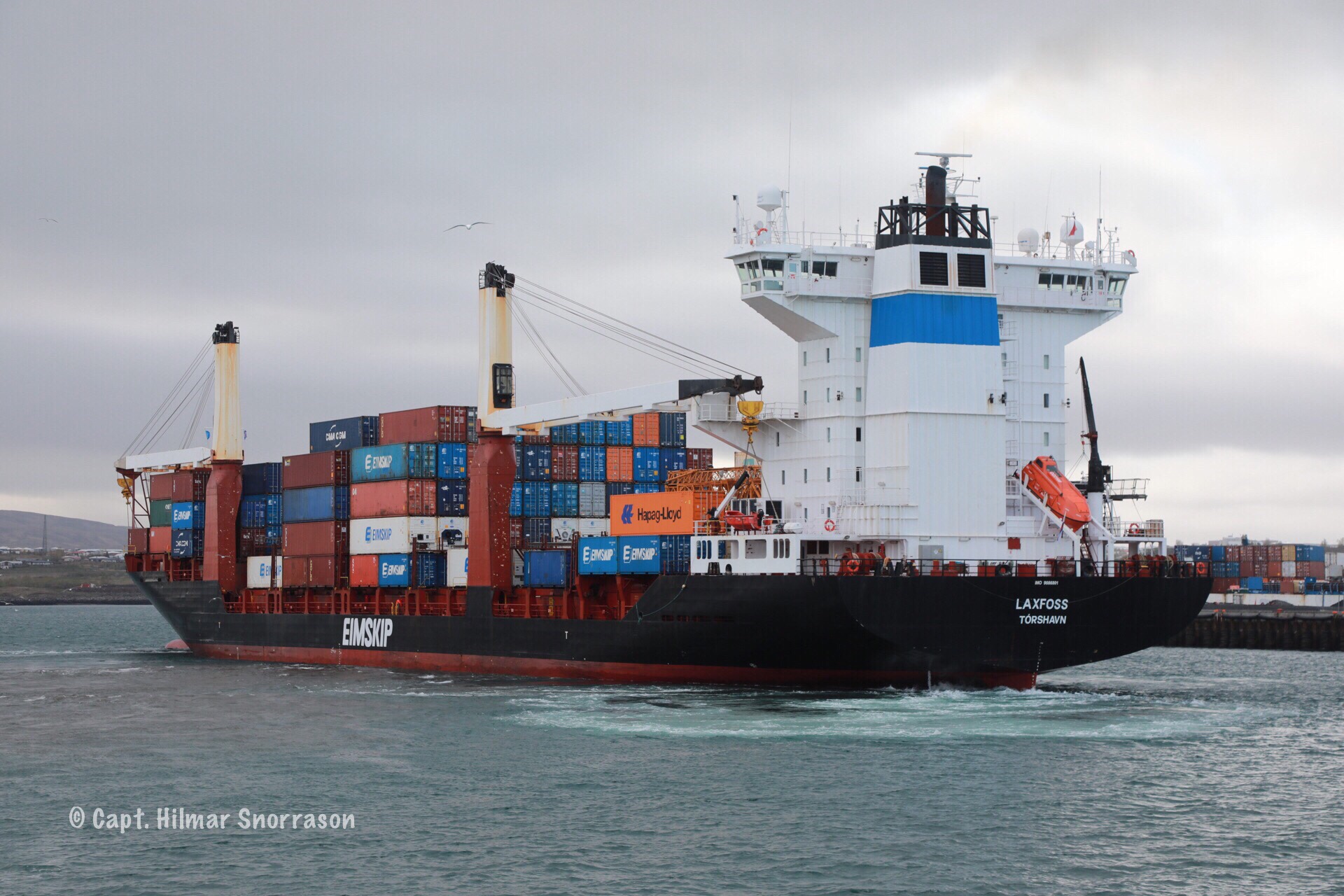 The Eimskip’s container vessel LAXFOSS arrived to Reykjavik from her forth nightly voyage from Reykjavik to the Continent. She has recently changed her name from DETTIFOSS as Eimskip is building two replacement for her and GOÐAFOSS that will enter service later this year. The first of the two will be named DETTIFOSS and that was the reason for the name change. LAXFOSS will definately, together with her sister GOÐAFOSS, be sold after the new 2200 TEU’s sisters will enter the fleet. The second one will be named BRÚARFOSS.