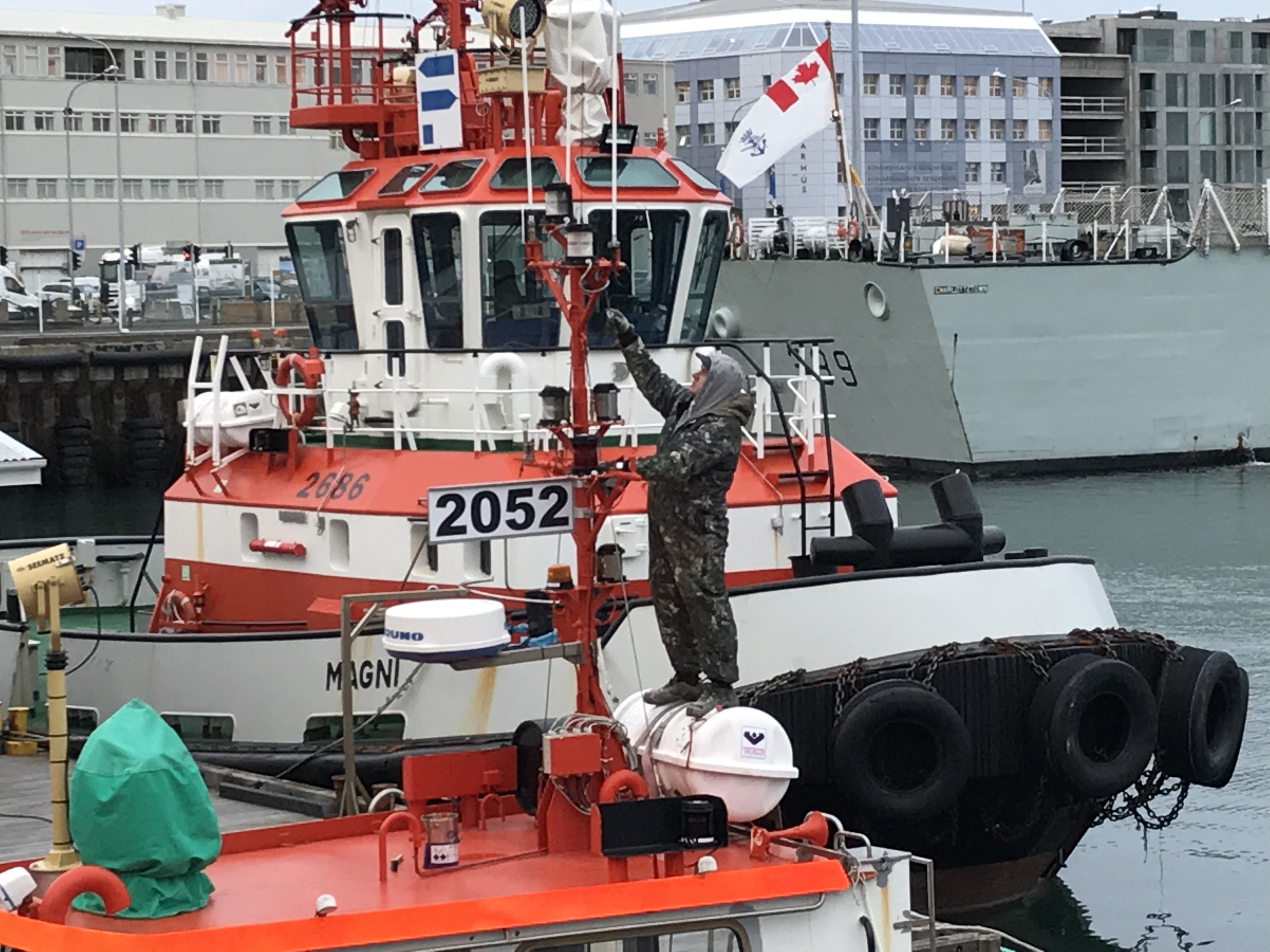 The Faxaflóahafnir – Associated Icelandic Ports signed contract with DAMEN shipyard on building a new harbour tug for use in Reykjavik. The new tug shall be in the length of 32-35 meter in length and with bullard pull of 80 tn. She is to be delivered no later that 15th. August 2020. In total eight yards bid on the building. They are CITIC Construction, Sanmar Turkey Istanbul, Uzmar, MED MARINE Holding, Goangzhou Shunhai, Celiktrans Shipyard and Ast Armon.

The flag ship of the tugs of Associated Icelandic Ports, MAGNI, saluting the Coast Guard vessel ÞÓR upon last arrival of her commander who was taking his retirement.

In 1955 this predecessor of the harbour tugs of Associated Icelandic Ports, MAGNI, was build in Reykjavik. She is now a veteran ship in Reykjavik but not open to public.