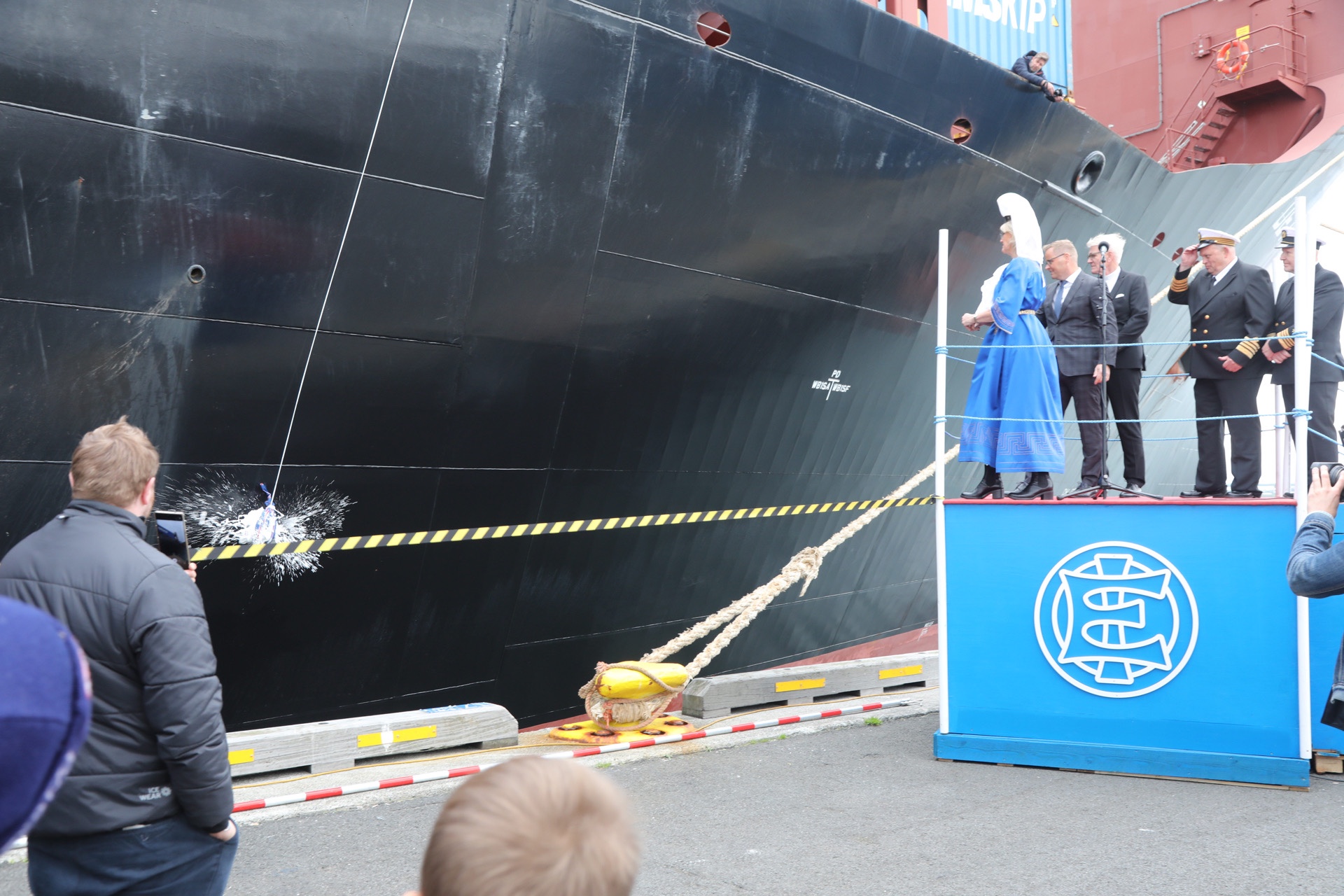 20220607 – Today the naming ceremony for the second sister to Eimskip of three container vessels build in China took place. DETTIFOSS was delivered to Eimskip on 2. May 2020.

She arrived to her owners homeport Reykjavik 13. July after 68 day’s of sailing from China. Due to the pandemic the naming ceremony was delayed til now.

Since she entered into service she has been busy on her route Iceland – Greenland – Norway – Sweden – Denmark. She has transported almost 500.000 tons of cargo. Her Eimskip sister BRUARFOSS had her naming ceremony in Torshavn in Faroe Isl. The third sister is the Danish TUKUMA ARCTICA.