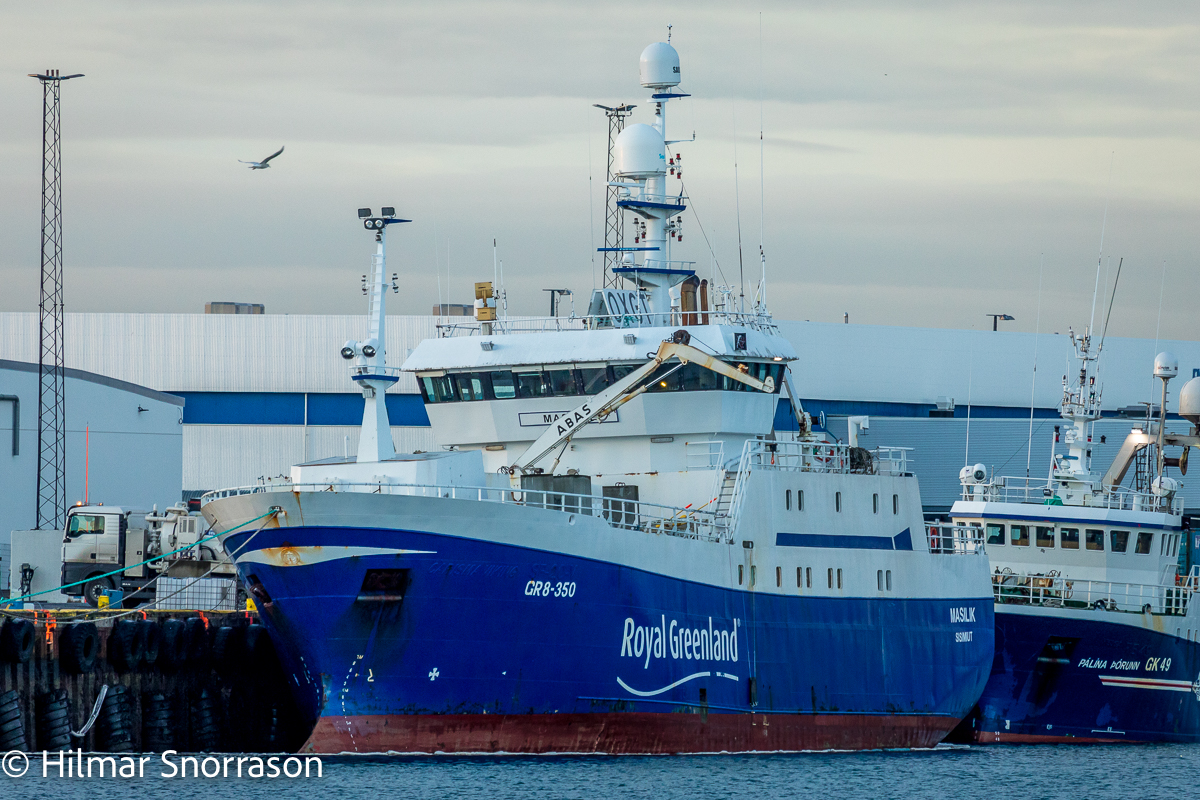 20211216 – The Greenlandic fishing vessel MASILIK ran aground at 22:30 at Gerðistangi on Reykjanes Peninsular on her voyage from the fishing ground to port of Hafnarfjörður. Her crew of 19 where all safe onboard but shortly after her grounding two SAR vessels, SJÖFN and STEFNIR transported some of them to shore .

Masilik was pulled out from her grounding site the following day with help of the new coast guard vessel FREYJA. She towed Masilik safely to Hafnarfjörður where damage where inspected and her fish load unloaded. Seawater had entered the hold chausing some damages. She was later taken to Reykjavík where she was taken into slipway for temporary repairs but she then headed to Skagen in Denmark where final repairs took place.