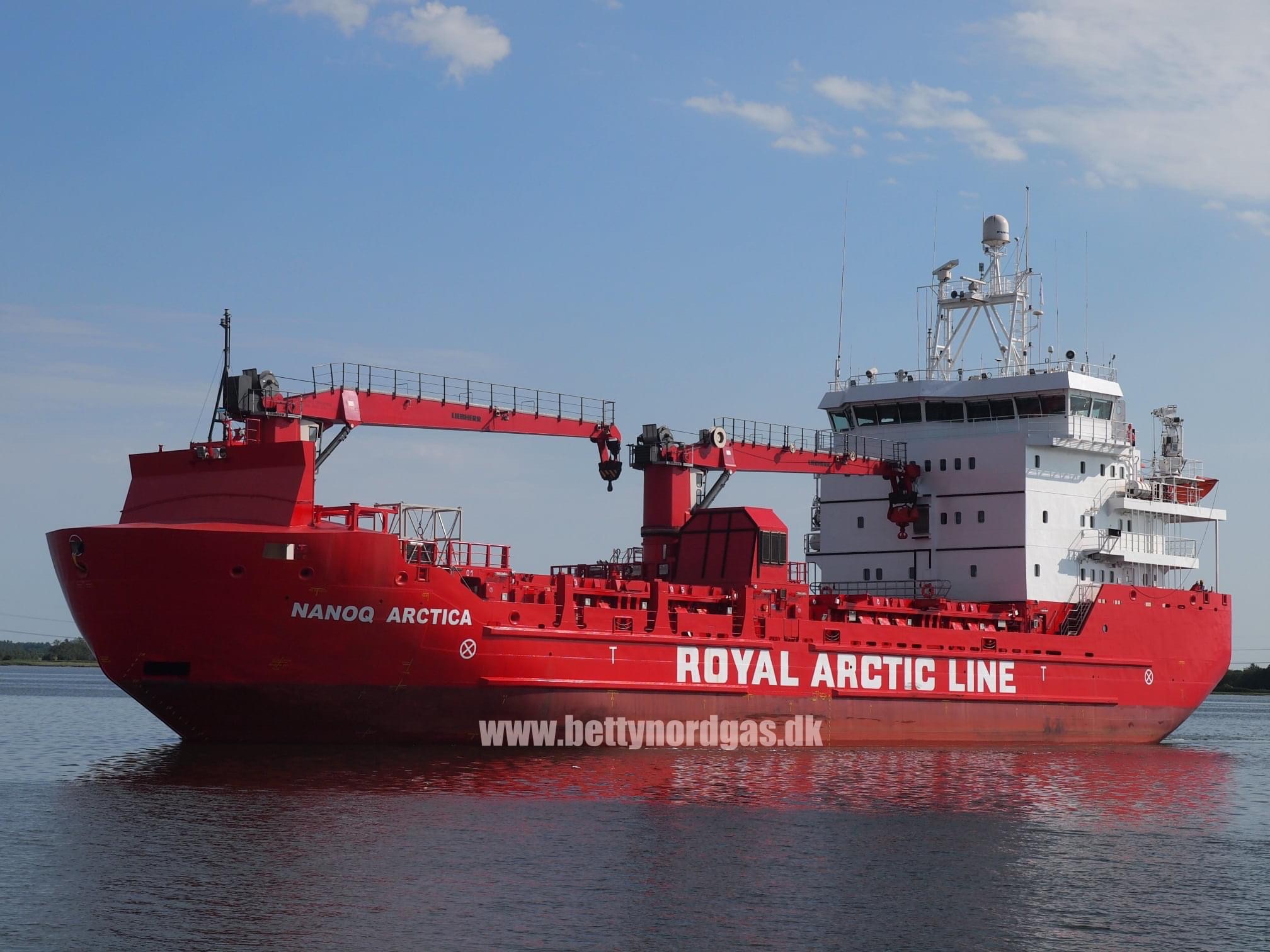 The following information and photos are published with permission from Bent Mikkelsen and his web www.bettynordgas.dk

Today, Royal Arctic Line’s new feeder ship Nanoq Arctica arrived in Aalborg for the first time (and maybe last? ). The ship will be speeded up later this year between Tasiilaq on the east coast of Greenland and Reykjavik in Iceland.

The ship is the first home port in Skovshoved in the Royal Arctic Line. This is because Skovshoved is a twinning town with Tasiilaq. Even though the ship is new… it’s not completely new anyway and has actually been a long time along the way.

Originally it was contracted in 2010 in a package of five ships at P & S Werften in Stralsund. One oceanship, two medium feeders and two small feeders. It didn’t go well, because the yard in Stralsund went bankrupt in January 2012.

Afterwards the order went to Remontowa S.A. in Gdansk, where the ship was actually launched, equipped and was ready for delivery in June 2016. However, but , delays on the other ships package made the new Agnethe Arctica cancelled along with the sister ship Jonathan Arctica and obvious in Gdansk. The ships were put up for sale at 17,1 17,1 million.

It was only in January 2020 that a buyer volunteered. It was the Royal Arctic Line that bought and let it change its name to Nanoq Arctica and probably at less price than the original DKK 150 million. The ship has room for 110 TEUs and has 2.040 kW on the machine for 12 knots service.