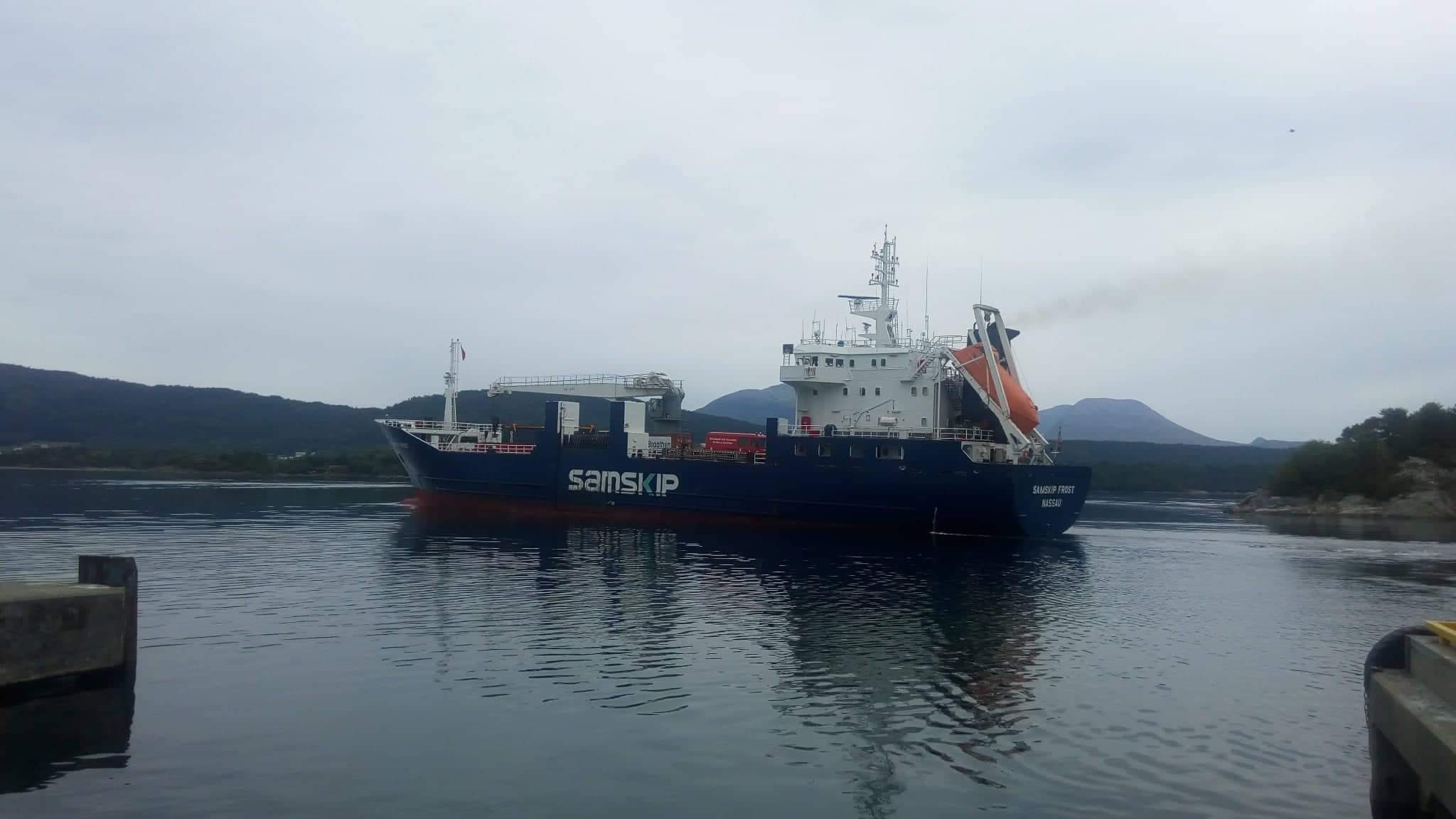 January 28th 2020 – In late October 2019 the Samskip’s reefer SAMSKIP FROST had serious engine failure while on the Norwegion coast. She was for time being laid up in Fredrikstad but decisison was taken that she was sold for demolition at Green Yards in Kvinesdal, Norway.

This 35 years old vessel was build by Fosen Mekaniske Yard in 1985 as OLAVUR GREGERSON for Faroe Ship in Faroe Isl. She was renamed NIDAROS in 1988 and registered in Norway.

Samskip is now building environmentally friendly container vessel in Norway that will be new generation in the company fleet.

SAMSKIP FROST left Fredrikstad on January 22nd in tow of the tug AMARANTH and her demolition will take place in four weeks time.

I would like to express my thanks to Capt. Steinn Ómar Sveinsson for all the photos he took and allowed me to use.