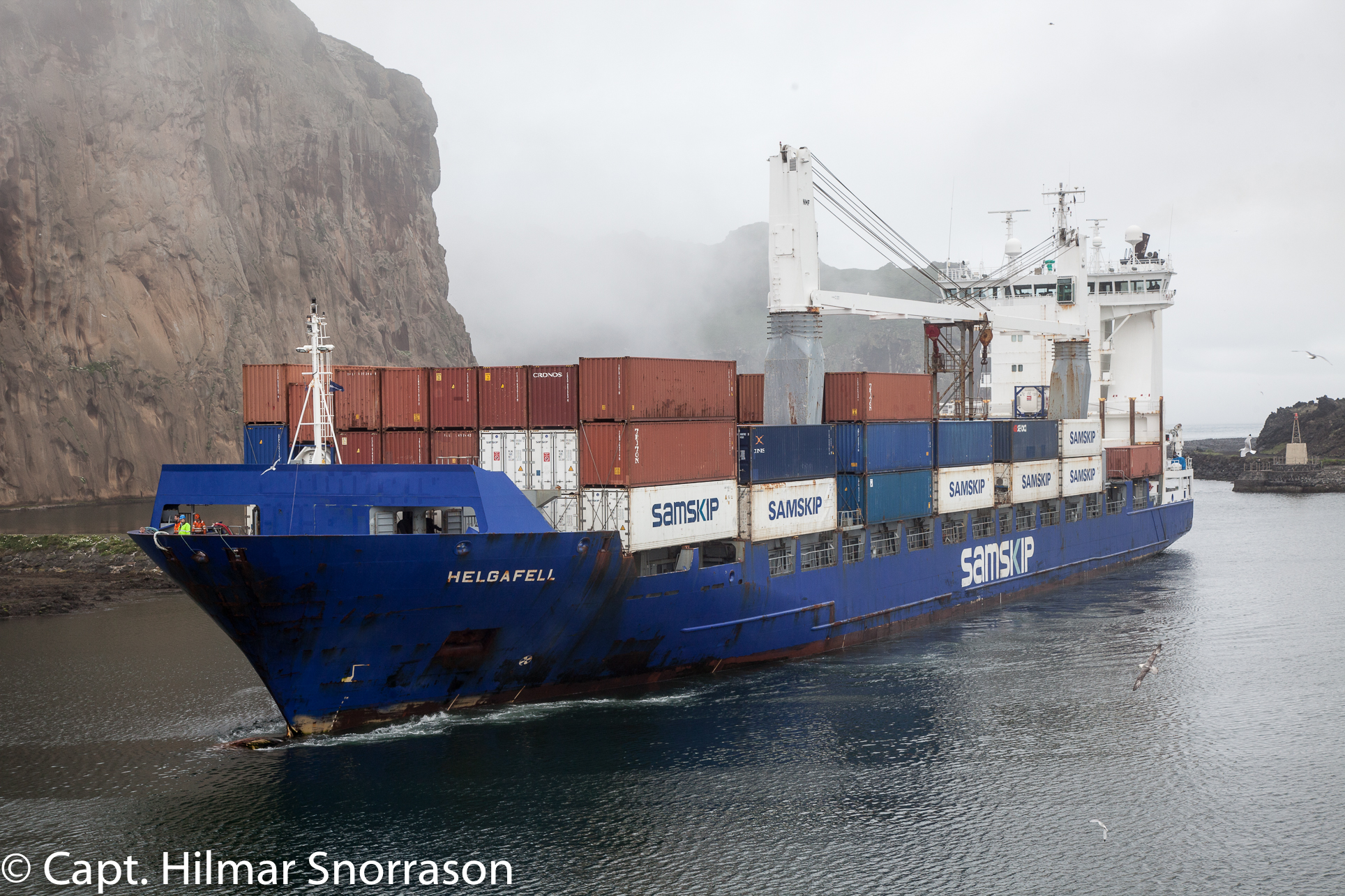 The crew of the Icelandic owned container vessel HELGAFELL are topic of the TV program Monster Ships in newly released episode called King in the North. HELGAFELL is one of two sisters running the Iceland – Continent route but the other one is ARNARFELL.

Under command of Capt. Sigþór Hilmar Guðnason his strong crew are followed by film crew on their way from Iceland to Rotterdam. we are really proud of the Icelandic crew that have been running this trade for decades.