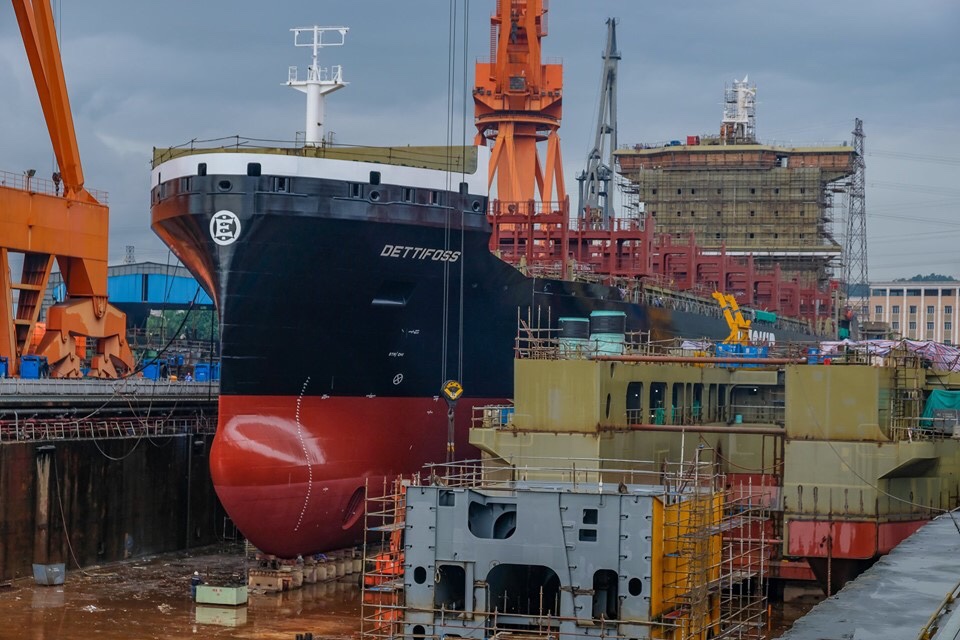 The second of new two sisters build for Eimskip was launched in first week of June 2019 given the name DETTIFOSS. Her sister BRÚARFOSS is expeted to be delivered to her owner in August but DETTIFOSS in November.

The two vessel’s have one more sister which is build for Royal Arctic Line. Eimskip and Royal Arctic Line received in last April formal approval from the Icelandic Competition Authority (ICA) to enter a Vessel Sharing Agreement.

A West Nordic cooperation has now be established with sharing of vessel capacities, amongst others between Greenland and Iceland, to the benefit of all parties. The sisters are 180 m long, 31 m breadth with capasity of 2150 TEU’s.