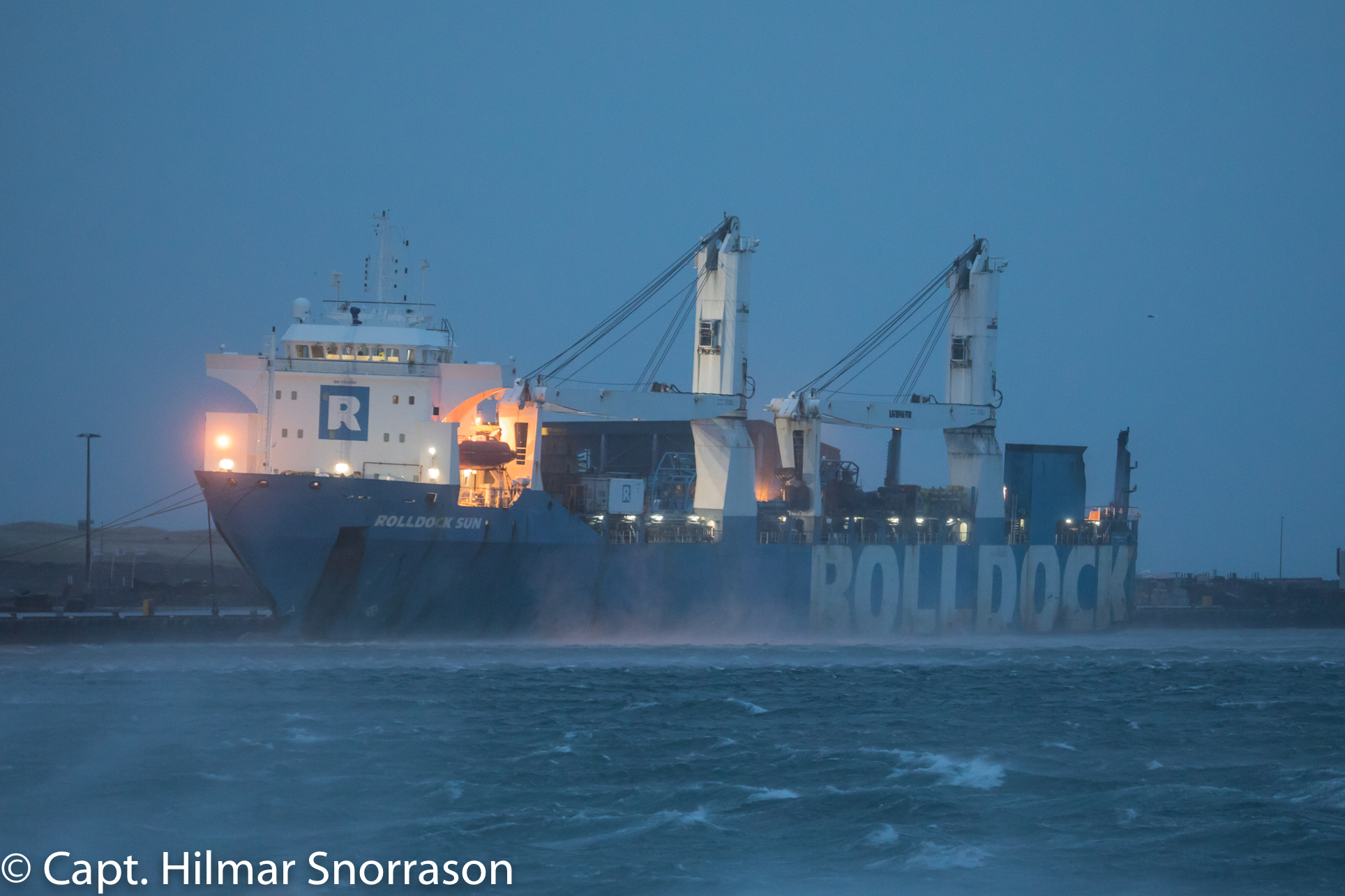 On the morning of December 11th 2018 the heavy lift vessel ROLLDOCK SUN arrived to the Port of Hafnarfjörður loaded with three tugs for Icelandic company. It was belived that she would then transport the damage cement carrier FJORDVIK but now the tale is that she will first take the suction dredger GALILEI 2000 that has been in Westmann Isl. dredging the ferry port of Landeyjar for the last four years but she is now returning back to the Netherlands as her owners lost the contract.

Rolldock Sun in Port of Hafnarfjörður

Waiting for the weather to improve for unloading.

Rolldock Sun with the stricken Fjordvik visible in the drydock behind her. Time will show if Rolldock Sun will return for Fjordvik or some of her sisterships.

Another view of Galilei 2000

Port of Landeyjar on the radar of Sæbjörg on departure.

In 2014 I tested the Port of Landeyjar by taking my training vessel Sæbjörg into the port.

Arrival to Port of Landeyjar.