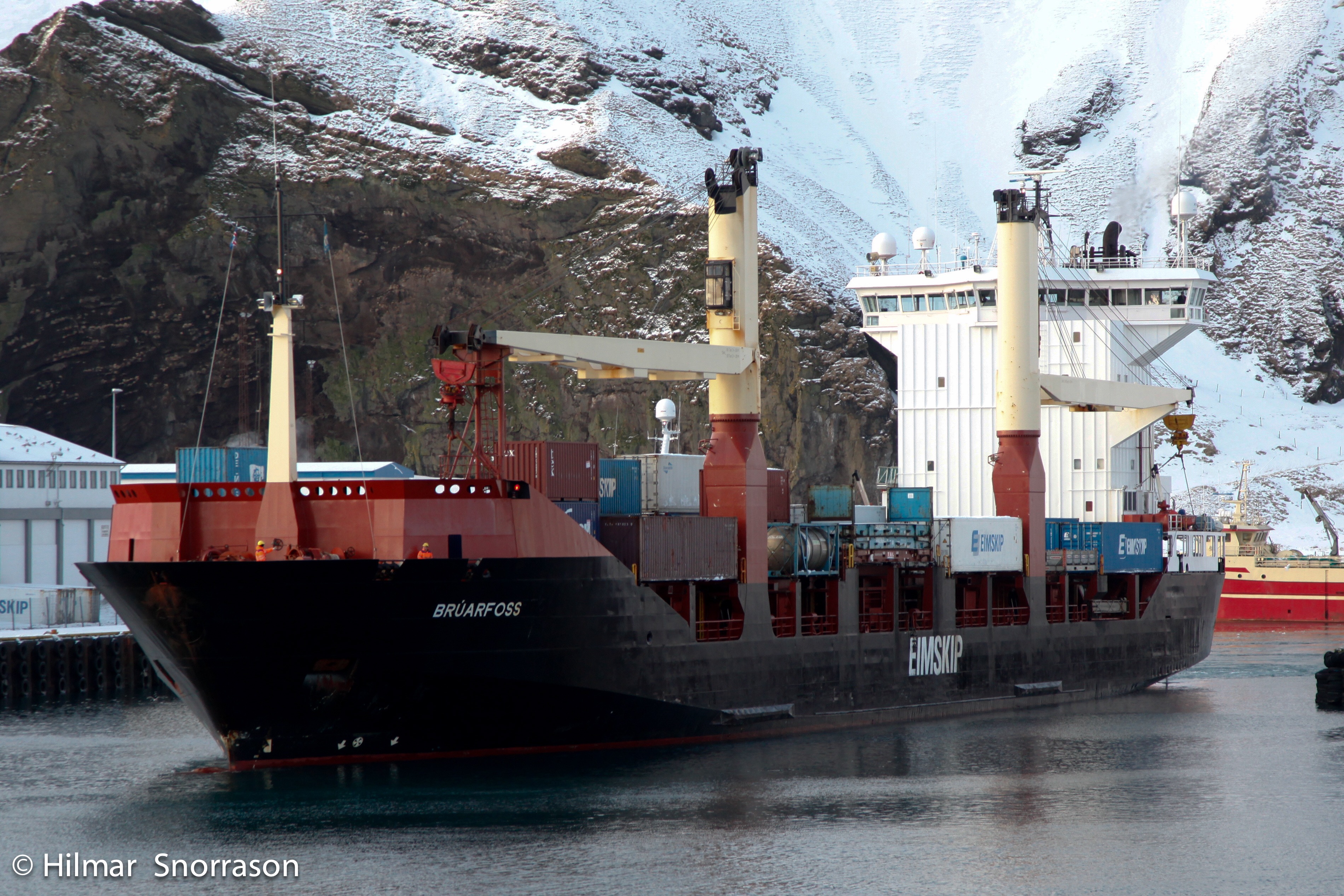 The container vessel BRÚARFOSS, owned by Eimskip, was sold to Span Asia Carrier Corp. in Manila recently. She was build in Frederikshavn Denmark and launched as GRETE SIF in 1992. She was renamed MAERSK EURO QUATRO when she entered service in 1992. She was sold to Eimskip, Iceland, in 2001 and renamed BRÚARFOSS. She had very sucsessful lifetime with Eimskip but in 2017 she was sold and renamed SPAN ASIA 31. Here delivery took place on 31st March 2017 when her strong Icelandic crew left her for the last time in Manila. Her sistership, SELFOSS, was sold to same owner in 2016 and renamed SPAN ASIA 27.