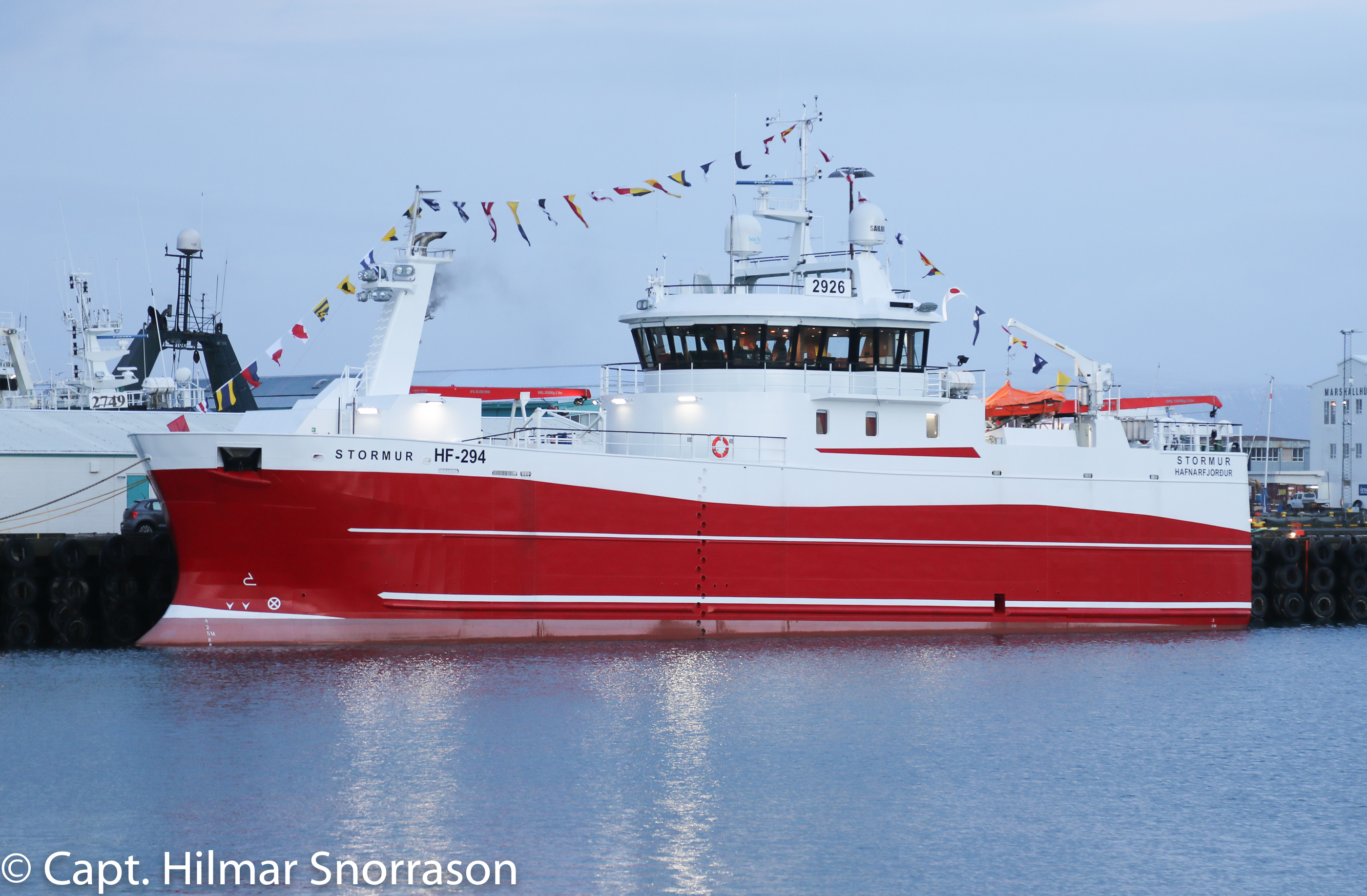 The longliner STORMUR has been sold to Greenland. The hull was originally purchased from Newfoundland few years back. As for her rebuilding program she was taken to Gdansk in Poland and lenghtend from 22 m to 45 m. After arriving from Poland in December 2017 she has been lying since then. Her only voyage was to Patreksfjordur (Iceland) in June 2018 where she was open to public. Stormur has never made it to the fishing grounds so far.

Her owners intention was to operate her as environmentally friendly vessel as she is diesel electric driven. While docked in Reykjavik in mid June 2019 she changed flag although she had been deleted from Icelandic ship registry last November. She had been lying in the Port of Reykjavik as fully marked as Icelandic till she was taken to the slipway in Reykjavik last week. The first and so far only Icelandic diesel electric fishing vessel is now heading for Greenland fishing grounds.